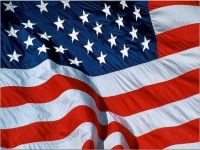 California, USA — A lot of energy has been devoted to the “Buy American” clause in a bill signed by President Obama last week that requires the Defense Department to buy U.S.- made solar panels. It’s a sexy subject because it stirs passionate debates about fair trade and protectionism and how China’s growing political and economic clout is scaring a lot of people.

But what really is the impact of this new law? Here is what Paula Mints, director of energy at Navigant Consulting, said during a webinar yesterday: “The military isn’t buying much, so does it really matter? Very little is actually produced here (in the United States), so it’s kind of a non-starter.”

The comment is a sobering reminder that the military, though a supporter of renewable energy, isn’t a major customer because most of the solar projects that will be built in the next few years will serve the private sector. Mints also raised an issue that will have more impact on the solar industry: manufacturing in the United States. Federal and state government has awarded billions of dollars in loans, grants and tax incentives in just the past two years to help many solar cell and panel makers set up factories. How will these efforts pan out and will the U.S. really bloom as a formidable manufacturing center?

Here is a rundown of factory plans that surfaced recently: Stion plans to build a 100-megawatt factory in Mississippi and hopes to expand it to 500 megawatts by 2016. Abound Solar, flush with a $400 million government loan and $110 in private equity, is expanding its Colorado factory to 200 megawatts and building a 640-megawatt plant in Indiana. AQT Solar is set to build a factory in South Carolina that will start with 30-40 megawatts and reach about 1,000 megawatts. SoloPower wants to build a 75-megawatt factory in Oregon, and state officials are scheduled to review a $20 million loan request from the company in a meeting today, reported the Oregonian. First Solar, which already has a factory in Ohio, plans to build another one, the company said last October. It hasn’t divulged details of the size and location of the new manufacturing operation.

All these grand plans sound wonderful, but how many of these factories will get build and have staying power remains a big unknown. Keep in mind that, except for First Solar, all these companies are startups with mostly pilot-scale production lines of 10-15 megawatts (Abound has 65 megawatts). They are making cells and panels using either cadmium-telluride or copper-indium-gallium-selenide. These are alternatives to crystalline silicon, which continues to reign as the most common material for converting sunlight to electricity in solar panels. In fact, most of the top 10 solar cell and panel makers in the world use this material.

Meanwhile, what little manufacturing is happening in the country is shrinking. Evergreen Solar announced this week that it will shut down its factory in Massachusetts by the end of this quarter because manufacturing costs are simply too high. Evergreen noted that the average selling price of its products fell 10 percent from October to December last year.

The company already has outsourced production in China, a decision it announced in early 2009, and it plans to continue to do so. China already is home to many of the top 10 solar cell and panel makers in the world. Here is what Evergreen’s CEO, Michael El-Hillow, had to say about running manufacturing operations in the United States.

“Solar manufacturers in China have received considerable government and financial support and, together with their low manufacturing costs, have become price leaders within the industry. While the United States and other western industrial economies are beneficiaries of rapidly declining installation costs of solar energy, we expect the United States will continue to be at a disadvantage from a manufacturing standpoint,” El-Hillow said in a statement.

Last month, SpectraWatt said it was going to shut down its crystalline silicon solar cell factory in New York and start laying off more than 117 workers in March this year.

While the United States is seen a potentially huge market for consuming solar electricity, it’s not likely to become a manufacturing powerhouse like China has, Mints said. The market will still benefit from the innovation and manufacturing experiences of American companies, however.

Aside from a plan to build a new factory in the United States, First Solar also is expanding its factories in Europe and Asia. The company wants to stretch its manufacturing capacity from 1.4 gigawatts in 2010 to 2.7 gigawatts in 2012. SunPower’s manufacturing operations are primarily in the Philippines and Malaysia. The company has teamed up with AUO from Taiwan to build what will eventually be a 1.4-gigawatt factory in Malaysia. The companies already installed enough equipment to start production last October.