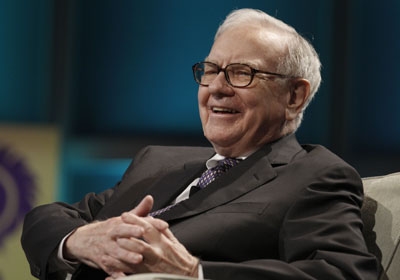 NEW YORK CITY — Warren Buffett’s MidAmerican Energy Holdings Co. agreed to spend as much as $2.5 billion to build two solar projects in California that are set to be the world’s largest photovoltaic development.

MidAmerican acquired the Antelope Valley projects in Kern and Los Angeles counties, with a combined generation capacity of 579 megawatts, from SunPower Corp., the companies said today in a statement. San Jose, California-based SunPower will operate and maintain the development via a multiyear services agreement.

MidAmerican will pay $2 billion to $2.5 billion to develop the Antelope Valley project, SunPower said in a filing to the U.S. Securities and Exchange Commission today. Construction is due to begin this quarter, with completion by the end of 2015.

“Together, the two combined projects will form the largest permitted solar photovoltaic power development in the world and will create an estimated 650 jobs during construction,” the companies said. They’ll provide energy to Edison International under two long-term power-purchase contracts.

MidAmerican Renewables, a subsidiary of MidAmerican Energy, has more than 1,830 megawatts of assets, including wind power, geothermal, solar and hydro, according to today’s statement. MidAmerican is owned by Buffett’s Berkshire Hathaway Inc.