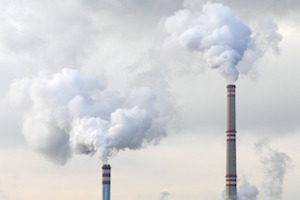 Last summer I saw a presentation on “deep decarbonization” that outlined necessary changes in the U.S. economy in order to sharply reduce greenhouse gas emissions. The presentation was fascinating, offering some very specific elements to focus our attention. For example, the following graphic shows the average number of replacements for various infrastructure types prior to the typical deadline of 2050. A hot water heater might be swapped three times by 2050, providing several opportunities to make it more efficient or switch its fuel source. Conversely, a power plant might be replaced once (if at all), and a new home is likely to still be in use past the 2050 deadline. 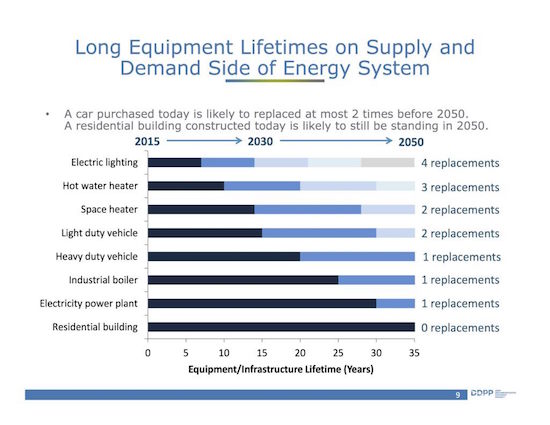 In other words, we may have only one opportunity to design these systems right in order to reach our mid-century energy goals.

The presentation suggests two key paths for reducing the carbon intensity of the U.S. economy: 1) to reduce the energy intensity of our economy by 70 percent by 2050 and, 2) electrifying vehicles and building heating. I was struck by the first goal, and you, like me, probably wonder if there’s any historical precedent for this kind of energy improvement.

The data suggest it can be done, however, this transition will take more deliberate action to ensure a fair transition to a low-carbon future. Let’s dive into the historical data.

Squeezing Out the Fat

The good news: In the 31 years behind us, the U.S. reduced energy intensity by 45 percent (from 13,381 to 7,328 Btu per dollar of GDP). Adjusted for our 36-year period, simply repeating our success would reduce carbon intensity by 52 percent. So we need to be better (34 percent better), but not enormously better.

The second piece of good news is that in that same historical period (1980 to 2011), using less energy was great for the economy, which during that span expanded by 230 percent from $6.5 trillion to 15.2 trillion (in inflation-adjusted dollars). So we can use a lot less energy and still see substantial economic growth. 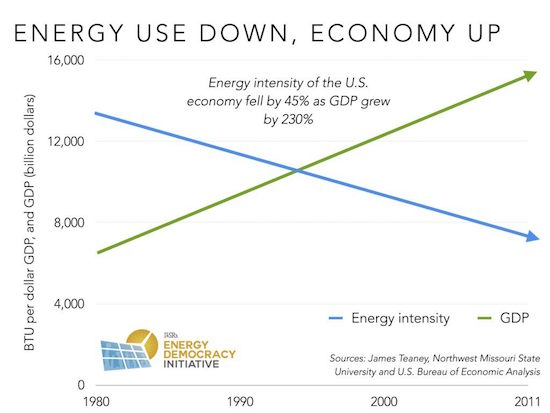 There’s good evidence that we don’t have to make sacrifices to use less energy. The following chart, from ACEEE, shows that the average refrigerator today uses 75 percent less energy and costs half as much (despite being slightly larger) than refrigerators from the early 1970s. 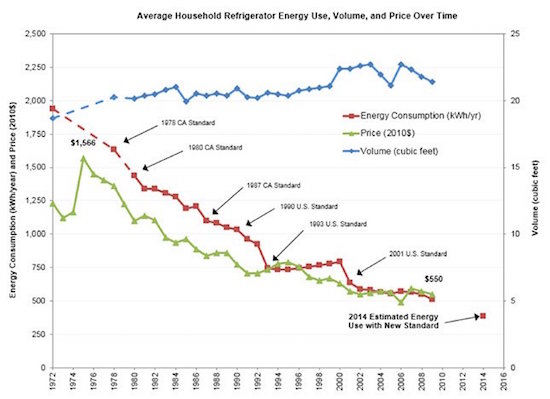 Still, there is some bad news that shouldn’t be surprising. The 230 percent expansion of the economy wasn’t shared equally. Even adjusting for population growth, GDP grew by 170 percent per capita, although the real median household income increased by only 9 percent (U.S. Census Bureau). The top 1 percent, however, saw income soar 275 percent in a similar period, and the next top 19 percent saw gains of 65 percent. 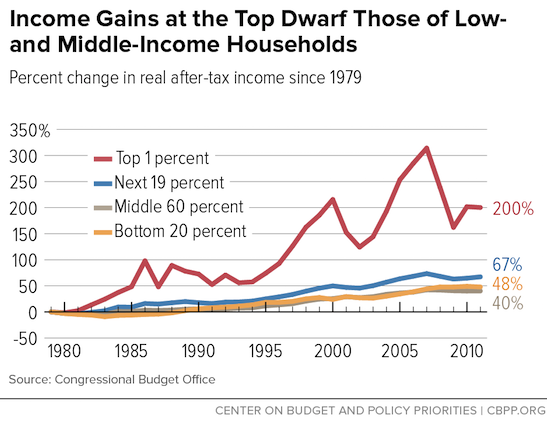 The distribution of wealth was even worse, with gainers in the top 10 percent while a majority of households lost ground. A separate report from the nonpartisan Congressional Budget Office, published last year, shows the wealth of families at the 90th percentile — or in the top 10 percent — was 54 percent greater than in 1989, even after adjusting for price changes. For families at the median, that increase shrunk to 4 percent. And for families at the 25th percentile — or the bottom quarter — wealth was 6 percent less than it had been for the same group in 1989.

So squeezing out the fat in our energy system was lucrative, but more so for the wealthy than for the average American.

The data suggest that reducing energy intensity is surmountable, and even lucrative. But, so far, we’ve done poorly at sharing the wealth in the transition. That’s why energy democracy is a crucial approach to energy savings and decarbonization, allowing every person and community an opportunity to take charge of their energy future, and share in the rewards.

There are several powerful examples.

Community-based renewable energy projects like University Park Solar or Green Energy Farmers allow utility users to pool their resources to profit by generating their own energy. Many states are adopting community solar or community renewable energy policies to make these collective investments easier than ever. 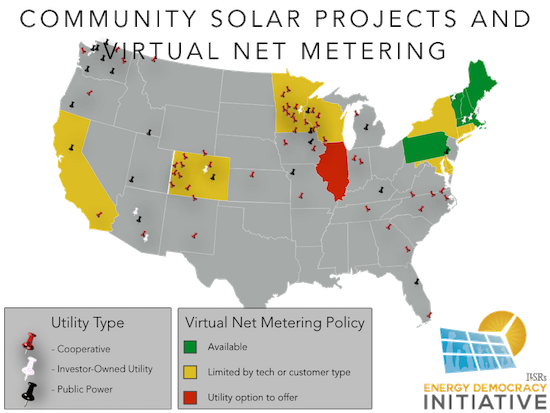 Tariff-based inclusive financing strips away credit score and loan barriers to installing energy-saving measures in homes and buildings. For customers of North Carolina-based Roanoke Electric, for example, the average investment of $7,000 to make homes more efficient yields an average monthly savings of nearly $60, and requires no personal loans. Program benefits extend to the utility itself. Roanoke Electric reports paying a lower demand charge for the supply of power it purchases, thanks to greater efficiency among its customers.

Publicly owned or collectively owned utilities can also make investments for the shared benefit of their members. The Georgetown, TX, municipal utility will be 100 percent powered by wind and solar starting this year, and Farmers Electric Cooperative in southeastern Iowa has more solar per customer than nearly any other utility in the country.

Whether driven by the challenge of climate change or the specter of high energy costs, there are powerful tools to widely distribute the economic benefits of the transition to a low-carbon economy. The key is to put communities in charge.