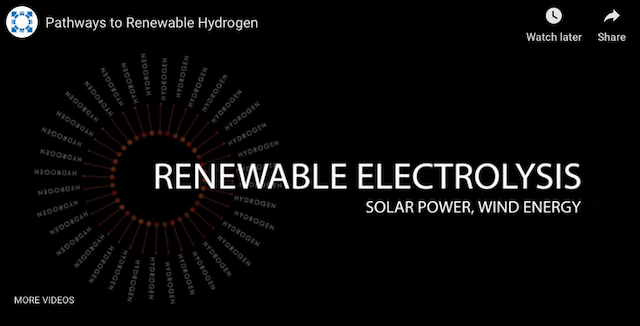 The cost of producing hydrogen gas with renewables is likely to plummet in the coming decades, making one of the most radical technologies for reducing greenhouse gases economical.

That’s the conclusion of an analysis by BloombergNEF, which said the most abundant element is likely to play a growing role in reducing pollution from power producers and industry.

The findings add to the potential for widespread use of hydrogen. While the gas has been hailed for decades as a carbon-free energy source, the cost and difficulty of making it has confined it mainly to niches like fueling rockets and helping upgrade blends of oil.

“Once the industry scales up, renewable hydrogen could be produced from wind or solar power for the same price as natural gas in most of Europe and Asia,” Kobad Bhavnagri, BNEF’s head of special projects, said in the report on Wednesday. “These production costs would make green gas affordable and puts the prospects for a truly clean economy in sight.”

If produced on a large scale, hydrogen could feed into a range of applications, fueling long-haul transport and steel-making and the manufacture of cement. Each of those industries requires the sort of energy hydrogen packs, delivering temperatures hot enough to melt metal and stone.

It’s those industries that are finding it difficult to remove emissions. Hydrogen also can also be stored, shipped, and used to produce electricity or fed into fuel cells that are increasingly appearing in cars and small power plants.

BNEF looked at how to generate hydrogen from renewable sources such as wind turbines and solar panels. It also examined how the gas that’s produced can be stored to provide energy at times when the wind doesn’t blow and the sun doesn’t shine.

The most cost-efficient strategy would be to connect a hydrogen operation directly to both wind and solar energy sources. That would maximize the time the hydrogen plant could run as wind often blows when it’s not sunny and vice versa, according to the report. Countries where the renewable energy is expected to be more expensive, such as Japan, will face higher costs to produce green hydrogen.

Using a “fully optimized” system design, solar and wind can provide power to electrolyzers, which extract hydrogen gas from water, for as little as $24 a megawatt-hour by 2030 and $15 by 2050, according to BNEF.

Lawmakers will need to support renewable hydrogen in order to spur advances and growth of electrolyzers in the years ahead, according to BNEF’s analysis.

About 3 gigawatts of electrolysis projects are currently underway to test new applications of hydrogen according to data from the International Energy Agency. Over the following decades, the amount of total capacity of electrolyzers could skyrocket 1,000 times that amount if a significant demand builds for renewable hydrogen.

Without political support, a hydrogen economy wouldn’t likely develop, leading to a slight rise in electrolyzers by 2050.

Chinese manufacturers lead the way in low-cost manufacturing of hydrogen production equipment. Those companies mostly sell domestically and to markets other than Western Europe, Australia and the U.S.

While companies that experiment with hydrogen haven’t bought equipment from China, the country could show the way to a drastic decrease in production costs through a combination of increased scale, automation and moving production to countries with cheaper workers. By 2030, BNEF anticipates European and American manufacturers to catch up with Chinese prices.

Many factors would have to come together to develop what BNEF calls a “hydrogen economy.” With government support, technological advances and increased scale, costs would come down and demand would rise.

Between now and 2030, demand would slowly grow from being basically non-existent today. Once costs come down after 2030, that demand would take off over the next couple decades, to reach as much as 275 million metric tons of renewable hydrogen per year by 2050.

To learn more about the National Renewable Energy Lab’s work with hydrogen and it’s potential in a carbon-free future, watch the video below.