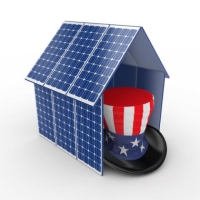 New Hampshire — Yesterday the U.S. Department of Commerce announced its final findings in the 3-year long trade war between the U.S. and China. Additional tariffs will be imposed on modules from China and Taiwan. Although this is good news for SolarWorld and other American solar PV manufacturers, many in the U.S. solar industry are not celebrating and the decision is expected to further divide an already shaken solar industry.

The China-wide entity received a whopping final dumping margin of 165.04 percent — this is for companies that did not cooperate with the investigation.

Next, U.S. Department of Commerce will investigate if the dumping injured U.S. manufacturing. If injury is found to have occurred, the tariffs will stay.  If no injury is determined, the investigation will be terminated. That decision will be made on or about January 29, 2015. However, U.S. Customs and Border Protection will immediately begin to collect cash deposits equal to the applicable weighted-average dumping margins. If injury is not found, the money collected will be refunded.

The solar petitioner in the case, SolarWorld, applauded the decision. The company said that by comprehensively addressing the unfair trade practices of China and Taiwan, Commerce has paved the way for expansion of solar manufacturing in U.S. market.  Makesh Dulani, U.S. President of SolarWorld Americas believes the tariffs set the stage for companies to create new jobs and build or expand factories in the U.S. Last month, SolarWorld announced that it was expanding its Oregon factory and adding about 200 jobs.

Rhone Resch, president and CEO of the Solar Energy Industries Association (SEIA), said the ruling is “ill-advised” and feels that it will harm many and benefit few. “We remain steadfast in our opposition because of the adverse impact punitive tariffs will have on the future progress of America’s solar energy industry.  It’s time to end this costly dispute, and we’ll continue to do our part to help find a win-win solution,” he said.

SEIA is holding a webinar for its members on December 18 at noon EST to discuss the ruling.

SEIA’s non-neutral stance has raised some eyebrows in the industry.  Yesterday, PetersenDean, a privately-held roofing and solar company, called for Resch’s resignation as well as that of the full SEIA board because of its position in the case. According to PetersenDean Roofing & Solar President Erin Clark, the trade association’s support for China and Taiwan in these matters is a clear conflict with its own stated purpose to keep America competitive.

“SEIA has become nothing more than a tool used by Chinese companies to try and bankrupt and destroy American solar manufacturing. Thanks to some of these actions, thousands of American workers have lost their jobs in the past three years due to the closure of solar manufacturing plants in America. All of this at a time when our domestic economy and employment are struggling to recover from the devastating recession,” said Clark.

The Coalition for Affordable Solar Energy (CASE) thinks the decision will raise prices and kill jobs and believes the decision is in direct opposition to the pledges recently made by the U.S. and China to work together to curb global warming. “Hundreds of megawatts of solar projects remain unrealized due to deleterious solar trade barriers in the U.S., China, Europe and globally. Eliminating taxes in cleantech trade represents the lowest-hanging fruit in the global fight against climate change,” said Jigar Shah, President of CASM.

All of this contention comes at the heels of a recent announcement that the U.S. solar industry is on track to install 41 percent more solar in Q4 2014 than it did in 2013.  In total, the U.S. is expected to install 6.5 gigawatts of solar in 2014, a 36 percent increase over last year.