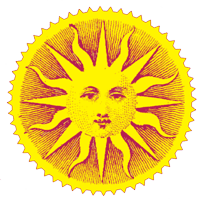 Solar power could deliver $400 billion in environmental and public health benefits throughout the United States by 2050, according to a study from the U.S. Department of Energy (DOE)’s Lawrence Berkeley National Laboratory  (Berkeley Lab) and National Renewable Energy Laboratory (NREL).

“We find that a U.S. electric system in which solar plays a major role—supplying 14 percent of demand in 2030, and 27 percent in 2050—would result in enduring environmental and health benefits. Moreover, we find that the existing fleet of solar plants is already offering a down-payment towards those benefits, and that there are sizable regional differences in the benefits,” said Ryan Wiser of Berkeley Lab’s Energy Technologies Area.

On the Path to SunShot

The report, The Environmental and Public Health Benefits of Achieving High Penetrations of Solar Energy in the United States, may be downloaded here. The report is part of a series of papers published as part of the U.S. Department of Energy’s On the Path to SunShot study. The DOE launched the SunShot Initiative in 2011, with the goal of driving down the cost of solar energy so that it was cost-competitive with other forms of electricity by the end of the decade.

The new reports take stock of the progress already made, and highlight various barriers and opportunities that remain to achieving SunShot-level cost reductions. The full set of reports, including two others involving Berkeley Lab, can be found here.

The SunShot Initiative aims to lower the installed cost of solar by 75 percent between 2010 and 2020. In their SunShot Vision Study, published in 2012, DOE found that meeting SunShot’s low-cost solar goal could result in solar supplying 14 percent of U.S. electricity demand by 2030 and 27 percent by 2050.

The new study follows up on that work by evaluating the greenhouse-gas (GHG) emissions reductions, air-pollution health and environmental impacts, and water-use reductions from large amounts of solar. As Trieu Mai from NREL explains, “This study augments the original DOE report by attaching specific numbers to the benefits of solar energy. It also assesses the benefits already being delivered by the existing fleet of solar projects. Importantly, we take great care to describe our methods and highlight underlying uncertainties.”

Benefits of the Existing Fleet of Solar Projects

The study finds that the 20 gigawatts (GW) of solar installed as of the end of 2014 is already lowering annual GHGs by 17 million metric tons, worth about $700 million per year if valued with a central estimate of the “social cost of carbon” — the Obama Administration’s estimate of the long-term damage done by one ton of carbon emissions. Over half of these benefits come from emissions reductions in California.

Solar is also reducing conventional air pollutants from power plants — sulfur, nitrogen, and particulates — and the corresponding health benefits are greatest in the eastern United States. Overall, the health and environmental benefits of this pollution reduction are worth an estimated $890 million from avoiding premature mortality and a range of other negative health outcomes. “The East has more coal-fired power generation than the rest of the country, and therefore sees greater benefits in reducing conventional pollutants,” explained Wiser, the lead author of the study.

Looking further ahead, with solar growing to 14 percent of demand by 2030 and 27 percent by 2050, the study finds GHG reductions of 13 percent in 2030 and 18 percent in 2050, compared to a scenario of no new solar. These emission reductions are worth about $259 billion in reduced global climate damages based on central estimates, or 2.2 cents per kWh of solar.

Hitting SunShot goals is also found to reduce sulfur, nitrogen, and particulate emissions, delivering $167 billion in health and environmental benefits, or 1.4 cents per kWh of solar, again based on central estimates. The most notable benefit comes from reducing premature mortality from sulfate particles. Achieving the SunShot Vision scenario reduces premature mortalities by between 25,000 and 59,000 lives, based on methods developed by the U.S. Environmental Protection Agency.

Lastly, solar power reduces water use by power plants. Relative to the baseline scenario, achieving the SunShot Vision scenario reduces power-sector water withdrawals by 8 percent in 2030 and 5 percent in 2050, while water consumption is reduced by 10 percent in 2030 and 16 percent in 2050. Importantly, states that are sunny, but drought-prone and arid like California and Texas, are among those with the largest reductions in water use.