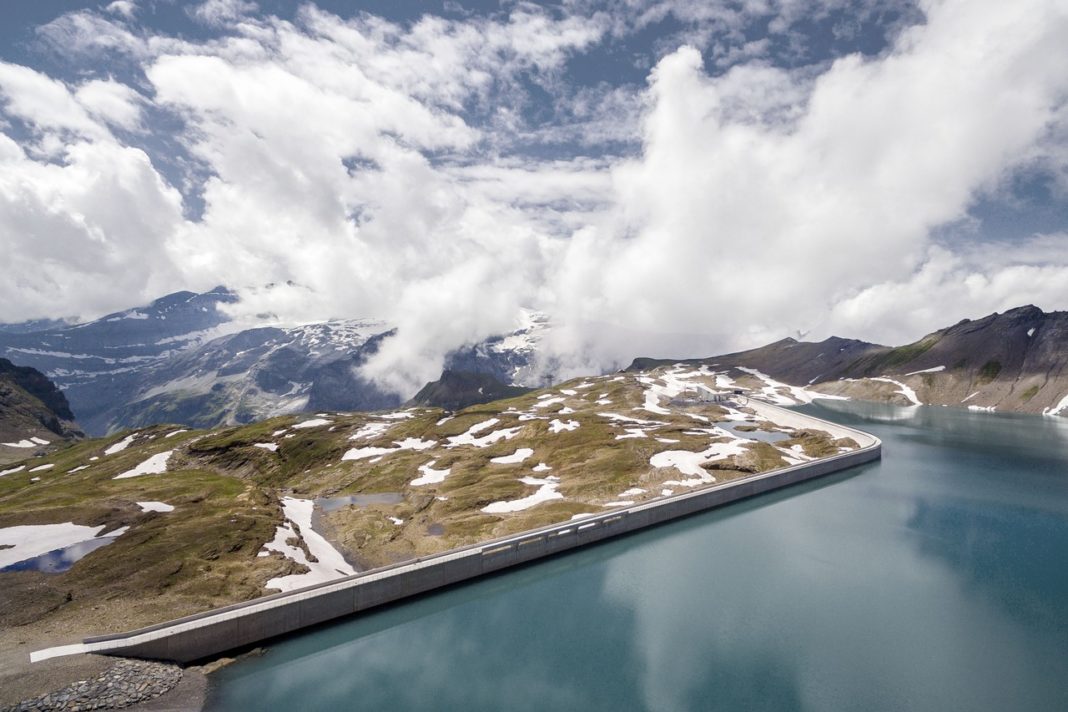 Axpo reports the Canton of Glarus in Switzerland has approved the construction of a 2-MW solar plant on Muttsee Dam, which impounds water for the 1,000-MW Limmern pumped storage plant

The Glarus South municipality and Swiss Federal Office of Energy (SFOE) were also involved in the approval procedure and have approved the project. Axpo says it is now taking the next steps to enable the plant to be built and commissioned in the summer of 2021.

Muttsee Dam was built in 2016 and is a key element of the Limmern pumped storage plant. When it was built, Muttsee was the longest dam in Switzerland and the highest dam in Europe.

As part of its planning, Axpo has commissioned extensive research into wind and snow loads. A study by the Institute for Snow and Avalanche Research (SLF) concludes that high snow loads are to be expected in certain areas of the plant. “A lot of snow collects especially at the base of the dam,” says SLF researcher Annelen Kahl. To prevent damage to the solar modules in the long term, Axpo will be making slight adjustments to the solar plant. Axpo is also examining other variants of the substructure.

Over the next few weeks, Axpo’s solar specialists will continue to work on the specific design of the plant. Axpo says the application to include the plant in SFOE’s list of so-called lighthouse projects will be submitted as soon as this process has been completed.

Initial progress has been made with regard to financing, says Christoph Sutter, head of renewable energies at Axpo. “We are currently in negotiations with companies interested in purchasing electricity from the Muttsee solar plant,” he said. Axpo will make the final decision on whether to build the plant during the course of the year.

Axpo is Switzerland’s largest producer of renewable energy and an international leader in energy trading and the marketing of solar and wind power.