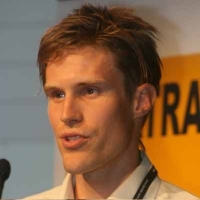 Despite the global financial crisis, the Australian solar power industry grew a phenomenal 366% in 2009. Driven by a rebate that enabled “free” solar power systems to be sold, installations of grid connected solar power systems grew even eclipsed past-years’ 200% growth. Will Australia be able to repeat these figures in 2010, now that the federal government’s rebate has been substituted for a far less generous point-of-sale discount?

Unfortunately, the short answer is ‘no’. It’s quite possible that 2010 may actually see a fall in Australian PV installations. Much of the past years’ growth was driven by an A$8/Watt federal government rebate (capped at $8,000), which when combined with Renewable Energy Certificates (RECs) meant that zero-cost 1 kW solar power systems were being offered by a number of companies. The value of upfront government support measures has more than halved since the government rebate was replaced by Solar Credits, a point-of-sale discount based upon the market value of a multiplied number of RECs. Put simply, PV is no longer free, so white-hot sales have cooled considerably.

Indeed, the Australian PV industry may face a bumpy ride in 2010. The ability to sell free systems at a reasonable profit attracted a large number of new market entrants towards the end of 2008, which saw installations quickly ramp up in the first half of 2009, before the government’s snap decision to end the rebate stunned the industry. While Solar Credits legislation was being passed, the industry got to work installing the backlog of 63 MW of systems that had been issued pre-approval for the rebate.

The industry’s ability to sell solar power took a further setback when the price of RECs plunged from $50 to $30, meaning the value of Solar Credits (in effect a REC multiplier for the first 1.5kW of installed capacity) dived from $5150 to $3090 for a 1 kW system (from $7750 to $4650 for a 1.5 kW system). At the same time as a geared-up industry started installing 8 MW a month, sales volumes plummeted.

Even since the plunge in federal government support, the Australian PV industry demonstrated its ingenuity over the last four months of 2009, installing over 4,600 Solar Credit systems totalling an additional 12 MW. Those states with Feed-in Tariffs (FITs) have been more successful at selling systems with Solar Credits, and the announcement of Australia’s most generous FIT of 60c/kWh on gross solar generation by Australia’s largest state means fair demand is likely to continue through 2010.

This suggests that, although diminished somewhat due to reduced affordability, public appetite for PV continues to be strong, particularly in states with FITs – Queensland, Victoria, South Australia, the Australian Capital Territory, and in 2010 New South Wales and Western Australia (Figure 3). How much will be installed in 2010 is anyone’s guess, but as of January approximately 28 MW of 2009’s rebate pre-approved sales remain to be installed. The amount sold with Solar Credits depends upon the performance of salespeople, and how well the industry handles any setbacks.

Unfortunately, evidence suggests that the Australian solar industry does not yet possess the wisdom of maturity. The plethora of new market entrants still seem focussed on selling on price alone, ignoring the lessons learned from setbacks in previous years. In the latter half of 2008, Australia’s panel prices went skyward on the back of a weak Australian dollar coinciding with the peak of Spain’s infamous PV demand, almost stranding low-margin operators. With a reversal of this situation presently acting in Australia’s favour, the nascent Australian PV industry may suffer when global demand catches up with supply in 2010.

Further, the majority of solar companies entered the market during a rebate-fuelled feeding frenzy in which lowest prices brought greatest market share. As a consequence, few companies seem to be educating the public as to the value of larger solar power systems. Although average system size has increased slightly under Solar Credits, this has occurred because a majority of sales are now 1.5 kW instead of 1 kW. Systems of 2-4 kW are now less common than they were under the rebate (Figure 4). This is unfortunate, as 1.5 kW systems barely create enough revenue over 10 years to pay for a replacement inverter, meaning customer’s investments may be too-often wasted.

Figure 4: Proportion of PV Systems of2-4 kW in size under each government support mechanism. Source: Compiled from data on the REC Registry.

Innovative sales techniques may be able to improve the outcome for both solar businesses and the public. In spite of a 1.5-kW Solar Credit sweet spot, larger solar power systems offer more favourable long-term financial and environmental benefits. In states with net FITs, larger systems earn substantially higher premium revenue because they export far more power to the grid, significantly shortening payback (Figure 5). Even in states with gross FITs, larger system sizes more strongly insulate against rises in the price of electricity, which may be as much as 68% over the next three years.

Regardless of FIT, larger inverters are more efficient and also cost less as a proportion of system cost, meaning that inverter end-of-life replacement-impact less upon long-term financial profitability. Companies able to convince customers to upgrade system size and implement energy efficiency technologies and measures may produce better outcomes for both customer and industry, strengthen customer relationships, and benefit from greater gross profit and diversified income streams less dependent upon the variability of government support.

That said, the Australian government recently announced that the REC price for small-scale renewables would be fixed at $40/REC from the 1/1/2011, as reported here. The spot REC price soared to $42 on this news, a price that may provide the impetus for bumper 2010 and 2011 years in Australian solar power.