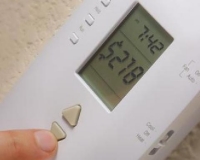 The standard can predict the annual energy performance of desiccant-based solar cooling systems and fan coil solar heating systems, both popular technologies in Australia according to Daniel Mugnier, project manager of the International Energy Agency’s (IEA) multi-country Solar Heating and Cooling Programme. The IEA collaborated on the standard through its Task 48: Quality Assurance & Support Measures for Solar Cooling Systems project. Further technologies will be added to the standard as new technologies are tested, the IEA said.

“These are the first Australian covered technologies,” Mugnier said. “This is not representative of the worldwide solar cooling market. The standard is therefore to be taken as a first step, but we need to rapidly enlarge the scope to include ab/adsorption solar cooling and domestic solar hot water and heating systems.”

Although technology developments on the horizon are minimal, Mugnier continued, one thing he sees coming is progress on the standardisation of concentrated solar collectors and ab/adsorption chillers for large applications.

The standard is based on the simulation of energy savings from a solar cooling system, which is then compared with the performance of a conventional air conditioning system in a typical Australian home in each of five climate zones. The standard can also evaluate the hot water generation potential of a complete solar heating and cooling system and calculate emissions saved, the IEA said.

Dr Stephen White of the Commonwealth Scientific and Industrial Research Organisation (CSIRO) has called the new standard “a significant industry development.” CSIRO’s commercialised desiccant wheel technology provided the performance model and technical data with which the standard was developed.

Mugnier said there has been a growing worldwide need for such a standard in order to establish quality benchmarks for solar air conditioning projects, especially in markets with high uptake of solar heating and cooling such as Germany, the U.S. and China. In Germany “a task force is working on [a standard] at the moment,” he said. “In California, one utility tries to integrate solar air conditioning into Renewable Energy Certificates (RECs) but without a serious standard behind it. Hence the urgent need…” In China, he said, there is “serious thought on the topic” and work is ongoing at Shanghai Jiao Tong University through participation in Task 48.

The standard also recognises the seriousness of the technology, Mugnier said, and could strongly inspire other countries to set their own standards.

Lead image: Turning down the cost of home cooling/heating via Shutterstock