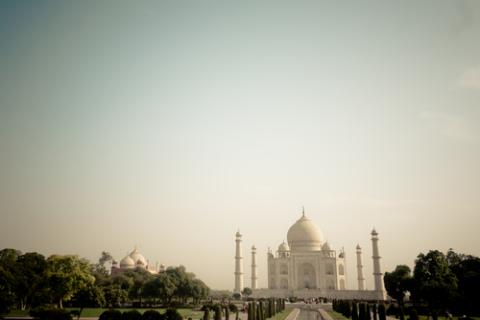 India, beset by blackouts as coal-power stations are idled for lack of fuel, plans to install 20,000 megawatts of solar capacity by 2022, up from 1,700 megawatts now. The Godawari plant, delayed by slow U.S. supplies and desert dust clouds, is symptomatic of an industry where soaring costs and technical hurdles have set back all projects from an inaugural auction.

“It’s a bit soon to declare this an engineering success,” said Jenny Chase, Zurich-based chief solar analyst for Bloomberg New Energy Finance. “Whether it can be commissioned is not the same question as whether it will work as predicted, never mind whether it will make money.”

Godawari’s plant and the other six projects that prevailed in the 2010 auction won licenses by pledging to sell power at an average of 11,480 rupees ($197) a megawatt-hour. That’s 43 percent below the global average of $344, according to data compiled by Bloomberg.

The lower price may weigh on finances at the Godawari project, which already overshot its budget by almost 20 percent. Costs were pushed up by a lack of local components, a weakening rupee and a 28-month deadline that restricted its ability to negotiate terms with lenders and contractors, Agrawal said.

“I paid more so that my work wouldn’t stop,” the director said, estimating he paid 25 percent more for imported components because of the lack of time. “We took the hit.”

Supplier Dow Chemical Co. almost doubled the price for its critical heat-transfer fluid to $5.67 a kilogram in the months following the bid, according to Agrawal. The project was further set back when a dust storm caused a building at the site to collapse, delaying construction by a month, while the rupee depreciated 23 percent against the dollar since the auction.

Godawari’s plant is the first to be completed of the auction’s seven projects, which total 470 megawatts in capacity and require about $1 billion in investments.

Reliance Power Ltd.’s 100-megawatt plant is about six months behind deadline, while the remainder are stalled by rising costs and technical setbacks, according to Tarun Kapoor, joint secretary at the Ministry of New and Renewable Energy.

Godawari has fallen 34 percent this year in Mumbai trading. The shares rose as much as 3.9 percent today, and were up 2.2 percent at 78.05 rupees as of 3:04 p.m. local time, compared with a 1.8 percent gain in the benchmark Sensitive Index.

India is pressing ahead with its plans to expand the solar- thermal industry in a bid to reach grid parity, where the cost of power from clean-energy turbines equals that of electricity from the national transmission network.

“Solar thermal is the only solution for grid parity,” Agrawal said. “Photovoltaic can’t take you to that scale.”

Solar-thermal technology benefits from being able to store and supply energy around the clock, like coal and gas-fired plants. Godawari hasn’t yet managed to keep turbines running through the night, Agrawal said, citing a lack of policy support.

Developers from the inaugural auction have suffered from being first, said Lavleen Singal, president of Acira Solar Pvt., which has supplied equipment to three of the projects as well as to the government. The companies, all but one of which chose to build in Rajasthan, lacked reliable solar-radiation data when they bid and may have picked one of India’s worst locations, according to Singal, who said the desert dust curbs generation. The latest data favor Chhattisgarh and Madhya Pradesh, he said.

They were also hurt by overpricing from U.S. and European suppliers with virtual monopolies over niche products such as heat-transfer fluid and absorber tubes, Singal said. Future projects could contain costs by turning to China, which is offering both items at half the price, he said.

Godawari, based in Raipur, Chhattisgarh, is primarily a steelmaker and iron-ore producer, and expanded into solar power to diversify its sources of revenue.

“This was a big investment for a pure steel and mining player into a sector in which it doesn’t have any experience,” said Abhisar Jain, a Mumbai-based analyst at Centrum Broking Ltd. who maintained a buy recommendation on the shares. “It’s been a bit of a drag on the stock since its announcement.”

The plant’s profitability will depend on its efficiency because even a slight reduction in generation means “the project’s returns drop quickly,” Jain said.