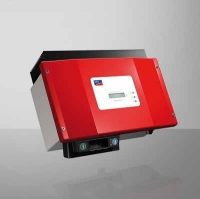 Aachen, Germany – Photon International is reporting that similar to German module manufactures, German inverter manufacturers are feeling the heat from Asia as well. Even though 6 of the top 10 inverters solar worldwide are manufactured in Germany, the organization says component costs in Germany are much higher than those in Asia.

Photon says that SMA Solar Technology AG pays about twice as much for its components as the less well-known Korean manufacturer Dasstech Co. Ltd. The Korean company doesn’t keep production costs low by copying available inverter concepts, but rather by investing heavily in R&D efforts, according to Photon.

Photon Lab experts calculated the costs for the 338 components used in the Dasstech inverter (the Soleaf DSP-123KH), using list prices for small quantities. The result was a total component cost of €172 [~US $220] for a device with a nominal power of 3.3 kW, equal to 5.2 euro cents per watt [~US $0.07 per watt]. That’s less than half the figure that worldwide market leader SMA reported as its average material costs for the first half of 2010, Photon said in a press release.

Typical sales prices for inverters with around 3 kW of power range from 25 to 40 euro cents per W, roughly five to eight times more than Dasstech’s material costs. And since Dasstech’s average costs could actually be even lower, assuming the purchase of components in large quantities at a discount, “manufacturers such as SMA are faced with a huge strategic challenge,” said Philippe Welter, publisher at the PHOTON Group. “They have to trim their inverter designs to reduce costs as quickly as possible. Otherwise established players will surely lose the coming price wars. And then Asian companies will divide the market up among themselves.”