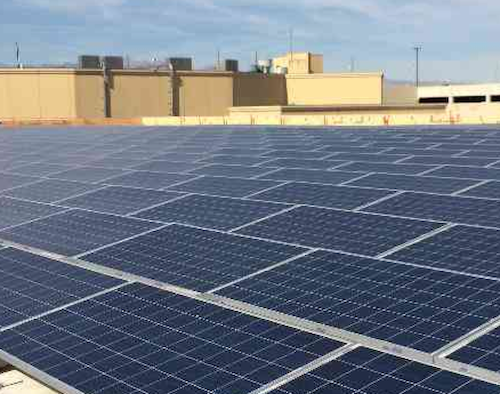 Las Vegas – Dec. 7 marks the opening of Power Generation Week in the city of Las Vegas. Power Generation Week is a series of energy conferences anchored by the behemoth Power Gen International (PGI) – the largest conference and expo for the traditional power generation industry. Alongside PGI are Renewable Energy World Conference and Expo, Nuclear Power International, Coal-Gen and the Gen Forum. It’s a week of technical tours, conference sessions, networking events and much more as the full spectrum of the energy industry convenes to share knowledge and do business together.

Just two weeks prior, the city of Las Vegas and NV Energy (utility sponsor for the show) announced a new partnership that has potential to take the city to a new level of environmental sustainability by becoming a leader in renewable energy.

Upon approval of a filing to the Public Utilities Commission of Nevada and ratification by the Las Vegas City Council, this partnership will dedicate to city operations a portion of energy produced by the 100 MW (AC) Boulder Solar power plant currently under development in the Eldorado Valley of Boulder City, Nev. SunPower is constructing the plant. The energy dedicated from this solar facility, coupled with the power the city receives from NV Energy that already satisfies the state’s renewable portfolio standard, will allow the city of Las Vegas’ retail load to be served 100 percent by renewable energy.

“This partnership is going to be a sustainability game changer for our city,” said Las Vegas Mayor Carolyn G. Goodman. “One thing people are surprised by is how environmentally conscious Las Vegas is when all they know appears to be less than sustainable.”

“We are proud to partner with the city of Las Vegas to help them meet their sustainability goals while developing Nevada’s renewable energy resources,” said Paul Caudill, NV Energy President and CEO. “Mayor Goodman and the city join other major customers like MGM Resorts, Station Casinos, Boyd Gaming, Caesars Entertainment, Wynn Resorts, Las Vegas Sands, and Switch in the drive toward a green energy future. Importantly, new solar projects are also exceptionally competitive, and will not impact customer rates.”