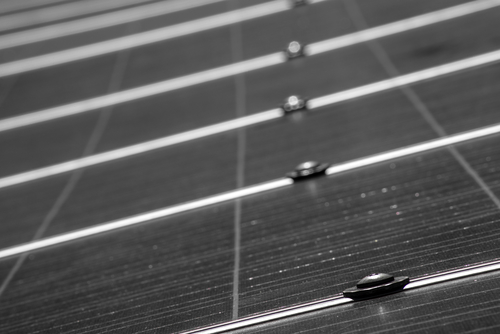 The latest round of solar auctions in Mexico yielded an unheard-of average price of US$20.57 per MWh, including a $17.70 per MWh bid by Enel, a coup for the government. However, as developers and EPCs scramble to under-bid one another in the current market, the price eventually will erode the quality that is deliverable. Indeed, this auction round may have hit the crossing point suggests Enrique Roig, the director of the Solar Steel business of Gonvarri Steel Services, based in Madrid.

“It is difficult to understand how bid prices can go lower. It can jeopardize quality and longevity. Low prices versus quality is at crossing point,” Roig said.

Gonvarri is supplying the single-axis trackers for the 350-MW Solem solar project in in the municipality of El Llano, Aguascalientes state, with a planned startup of unit one in September 2018 and unit two in June 2019. The plant is being built on two sides of a road, using over 1 million solar panels and Gonvarri’s latest TracSmarT design.

The project was awarded to London-based Cubico Sustainable Investments, in Mexico’s second long-term electricity auction in September 2016. Cubico, which is developing the project with minority partner, Alten Renewable Energy, claimed at the time that Solem would be the largest solar plant to be built in Latin America.

Gonvarri will be supplying the steel for Solem from its Tijuana factory, helping to reduce the final cost of the project, since steel represents about half of the cost of a tracker. “We are still making money with Solem, but to meet the price in round three we would need to squeeze internal costs again,” said Roig. “When you squeeze price, the impact needs to be shared among the UPCs, the local contractors and the manufacturers,” he said.

“With these prices, what you will see over the next five years among small tracker manufacturers will be a strategic sharing of risk capital and cash flow,” Roig suggested. “Otherwise only large developers can bid.”

Financiers for the Solem project were a virtual who’s who of multilateral lenders, including: the Inter-American Investment Corporation, acting on behalf of the Inter-American Development Bank; the Canadian Climate Fund for the Private Sector in the Americas; the China Co-Financing Fund for Latin America & the Caribbean; the International Finance Corp., Bancomext, Banobras and Mitsubishi UFJ Financial Group.

Half of Cubico’s equity is owned by the Ontario Teacher’s Pension Plan and the Public Sector Pension Investment Board fund. Cubico’s global renewables portfolio spans eight countries with an installed gross capacity of approximately 2.5 GW.

The TracSmarT design incorporates 60 panels per tracker, configured with a three module by 20 module row, which reduces the number of plies and motors per panel, compared with leading centralized tracker designs.

Gonvarri is a subsidiary of the industrial group ACEK, which has more than 140 industrial plants in 25 countries, with a presence in the European Union, Mercosur and NAFTA countries.

This article was updated on Dec. 1 at 10:30 am EST to reflect an auction price in MWh instead of MW.