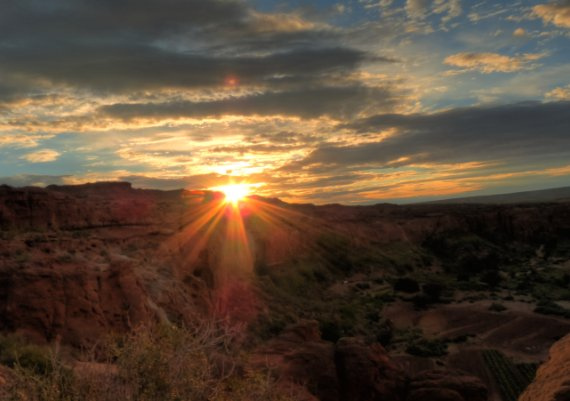 Solar industry stakeholders in Arizona have reached an agreement with the state’s largest utility that improves on a decision made last year by state regulators that ended the existing net metering program for new solar owners.

Arizona Public Service (APS) on March 1 filed a final term sheet in its latest rate case with the Arizona Corporation Commission (ACC) that grandfathers existing solar net metering customers for 20 years, instead of the 10-year time frame established by the ACC’s December 2016 decision. Those customers will take service under full retail rate net metering and will continue to take service on their current tariff schedule for the length of the grandfathering period, according to the filing.

APS said in a March 1 statement that the utility also agreed to compensate new solar customers for their excess electricity at a credit starting at 12.9 cents/kWh. New customers also will be able to choose from updated rate options that include a time-of-use rate plan that incorporates a grid access charge, or a demand-based rate plan without a grid access charge.

Briana Kobor, DG regulatory policy program director for solar advocacy group Vote Solar, said in a March 1 statement: “We were glad to arrive at a settlement that takes some steps to preserve customer choice, keeps solar customers on the same rates as other customers, and soundly rejects the idea of penalizing all residential customers with mandatory demand charges.”

Signatories to the final term sheet agreed to stand by the settlement and refrain from seeking to undermine it through ballot initiatives, legislation, or advocacy at the ACC. The agreement will go before the ACC for review, a public hearing, and a vote by the ACC later this year.