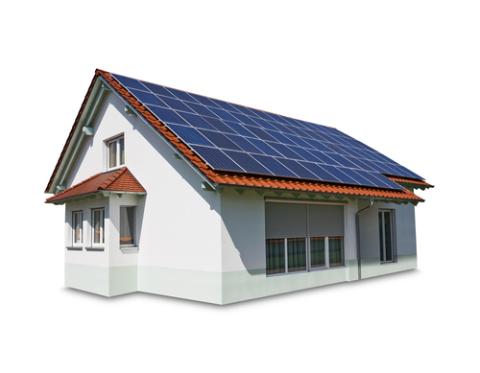 NEW YORK — Arizona Public Service Co., the first U.S. utility to charge extra fees for customers with solar systems, is requesting permission to own its own residential systems and to pay rent for the rooftops.

Arizona Public is seeking regulatory approval to install 20 megawatts of residential solar systems on about 3,000 homes, according to a July 28 filing with the Arizona Corporate Commission. The Phoenix-based unit of Pinnacle West Capital Corp. is proposing to pay $30 a month for 20 years for use of consumers’ roofs.

“This is a massive expansion of the monopoly into an area that is well served by the free market,” Garrison said in a statement yesterday.

Customers will pay nothing for the solar systems, which will deliver power to the utility’s grid.

The proposal raised the ire of solar developers in the state that lost their battle against fees on solar homes in November. The Arizona Corporation Commission granted Arizona Public Service permission to charge customers 70 cents a kilowatt for the systems. That works out to $4.90 a month for a typical seven-kilowatt setup.

“The irony here is that APS has spent two years complaining about how terrible solar is, how it’s a massive problem for the grid,” Will Craven, a spokesman for the Alliance for Solar Choice, which represents solar installers, said in an e-mail today. “We welcome competition but there’s nothing fair or equal about a utility being allowed to rate-base solar with a guaranteed rate of return.”

The company argued in November that customers with solar power pay less to the utility, which still must pay for the fixed costs of operating the power grid.

Arizona Public Service wants to charge all its customers for the $57 million to $70 million cost of rooftop installations, plus a guaranteed profit, even those without solar homes. By placing panels where they’re needed most and controlling the power flows remotely, all customers will benefit from a more efficient grid, the utility said in the filing.

The utility urged the Arizona Corporation Commission to make a decision on its proposal by September, giving it enough time to install the systems next year. The utility’s solar homes would not be eligible for net metering, the program that offsets a solar home’s power consumption against its production.