More
Home Solar Are Solar Jobs in the U.S. Rising or Declining? 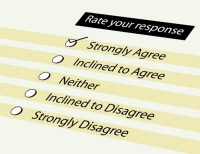 WASHINGTON, D.C. — Too often, encouraging stories about our economy are replaced by disheartening stories of bankruptcies and layoffs. These types of front-page features discourage companies and job seekers alike. Although unemployment rates are still in the double digits in some states, the solar industry has been a strong and growing segment of our national economy.

While not front-page headlines, there are countless examples of solar industry growth and job creation throughout the U.S. As might be expected from continued record growth in installed solar capacity, most installation companies have been successful in growing their businesses, and a handful of solar manufacturers have continued to grow and expand as well. Most recently, Semprius announced that it is opening a new solar manufacturing facility in Henderson, NC that will create at least 250 new jobs, and a German solar-panel manufacturing company, Solarzentrum, announced plans to expand into Ohio and create 140 new solar jobs. While these examples demonstrate small additions to the solar labor force, they are worth noting.

According to our research, the U.S. solar industry employed more than 100,000 Americans in 2011, a figure that represents a 6.8% increase in employment from 2010. This means that the solar industry created jobs at a rate nearly ten times faster than the overall economy.  Although the solar industry stems from a small base, its growth indicates that solar is likely to be a winning proposition for lawmakers.  But the question is: can we expect this kind of growth in 2012?

If Solyndra taught us anything, it is that we can’t take anything for granted. It taught us that despite the incredible growth the U.S. solar industry has experienced over the last several years, we cannot rest on our laurels. It taught us that we must continue to fight to provide lawmakers with credible data that proves that the solar industry is diverse and has a significant impact on the economy. Making the case for solar depends on our ability to define this “impact.” Without research – more specifically, without data – campaigns and advocacy groups will not have ample intellectual justification to drive the solar market forward, and solar companies will remain unaware of industry-wide trends that may affect them down the road.

Jobs are an indicator of industry demand, but they are also affected by labor efficiencies and labor intensities. To a lawmaker, it is much simpler.  Job counts directly represent the health of a company. Often it is the only indicator they care about when making decisions. This is why I implore all solar companies and companies that provide the solar industry with a product or service to please complete this short survey for our National Solar Jobs Census 2012 by Friday, September 28th and make sure your company and all its locations get counted. Only through your participation will we know how the industry is faring and be able to take appropriate action.