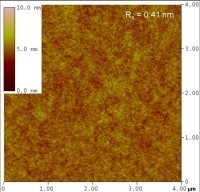 XeroCoat Pty Ltd, a wholly owned subsidiary of XeroCoat Inc., has been awarded a grant from the Australian Government’s Climate Ready program to further develop its anti-soiling coating technology, which complements the company’s anti-reflective coating (ARC) for the cover glass of solar modules (see Figures 1 and 2). Together, these technologies will deliver more light to the solar module, increasing energy output.

“A module in the field collects debris, dirt, soils, etc., and these act to slightly shade the underlying converting elements,” company CEO, Michael Harvey, told PV World. “One solution is to keep the modules clean, but it’s not economically viable to continuously clean modules.”

The anti-soiling technology — which is presently at the research stage, Harvey pointed out — is expected to work in either of two ways. The first approach is to prevent soil from sticking to the module in the first place. One could do this by, say, using wind and gravity as the “cleaning process,” allowing soil to slide off more easily, and preventing it from adhering to the surface. The second approach is to accept that to some extent the soil will be there, so make it easier to remove by natural processes (e.g., morning dew occurs even in a desert environment, as do small amounts of rain). “The actual solution may be a combination of these two — we don’t yet know,” noted Harvey.

The company started working on the anti-soiling program last year (its research group is in Brisbane, Australia), with assistance from the Climate Ready Grant from the Australian government. XeroCoat’s plan is to have candidate materials ready for testing and evaluation by select customers in early 2010, “and then moving to scale up, having a product offering by late 2010,” Harvey told PV World.

The need to keep the module’s surface clean is well understood, noted Harvey, and solar farms have a cleaning cycle they go through, “so in addition to the extra energy, if we can reduce the frequency of the cleaning cycle, there’s an additional operational savings there as well.”

Energy savings by combining ARC with anti-soiling technology are seen as significant. Solar modules lose energy output because of reflections and the accumulation of dust and dirt on their surface. The loss due to reflections is 4% at noon and increases to over 15% in morning and early evening hours. In dry regions, the losses due to the build-up of dirt and dust can be 4%-6% of the total energy output.

XeroCoat was one of 19 companies to share in the AUD$16 million awarded in round two of the Climate Ready program; the funding for XeroCoat’s anti-soiling program, together with the Climate Ready grant, is close to AUD$2 million. The $75 million Climate Ready program, administered by AusIndustry, is part of the Australian Government’s Clean Business Australia initiative, a $240 million, four-year partnership between government and industry to deliver energy and water efficient projects with a focus on energy and innovation.

The Climate Ready Grant adds to the grants that XeroCoat has received from Australian and Queensland government institutions. XeroCoat’s Project, Anti-reflective Coatings for Solar Collectors, was awarded a grant in 2006 from the Queensland Sustainable Energy Innovation Fund (QSEIF). XeroCoat was a previous recipient of an Innovation Start-up Scheme (ISUS) Grant from the Queensland government in 2005 and a Commercial Ready Grant from AusIndustry in 2007.