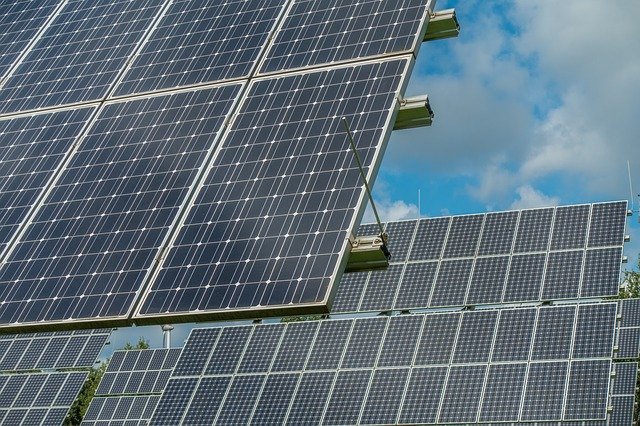 Yesterday, Ameren Corporation established a goal of achieving net-zero carbon emissions by 2050 across all its operations in Missouri and Illinois. The company also announced its largest expansion of solar and wind generation capacity.

The clean energy expansion is included in the Integrated Resource Plan (IRP) of Ameren Missouri. The IRP is a triennial filing that sets forth Ameren Missouri’s preferred plan to transform its electricity generation portfolio and it takes advantage of the continued decline in the cost to build new clean energy resources.

Central to Ameren’s plan is the commitment to net-zero carbon emissions by 2050. Milestones include reducing carbon emissions 50% by 2030 and 85% by 2040, based on 2005 levels. The new goals accelerate and expand on the company’s 2017 pledge and are consistent with the objectives of the Paris Agreement and limiting global temperature rise to 1.5 degrees Celsius.

Highlights of Ameren Missouri’s plan to achieve this goal include:

Ameren Missouri already offers customers a range of options to increase their use of renewable energy, including programs such as Community Solar and Neighborhood Solar.

Ameren Missouri’s IRP includes investment of nearly $8 billion in renewable energy over the next two decades. By 2030, the company would add 3,100 megawatts (MW) of renewable generation reflecting a combined investment of approximately $4.5 billion. Renewable energy would increase to a total of 5,400 MW by 2040. Investments are already underway, with the planned acquisition of two Missouri-based wind energy facilities in the next few months for approximately $1.2 billion.

The IRP evaluates a range of customer energy needs and a variety of ways those needs can be met through building new, cleaner generation resources, as well as expanding customer renewable energy, energy efficiency and demand response programs.

Ameren Missouri continues to invest in its existing carbon-free energy sources – including nuclear, hydro and solar – while also evaluating and pursuing additional clean energy innovations. Nearly 30% of Ameren Missouri’s current energy generation comes from these sources. In the future, Ameren Missouri expects to seek an extension of the operating license for the Callaway Energy Center beyond 2044.

“Climate change is one of the most important issues of our time. Our transformative plan to add large amounts of wind and solar energy generation will ensure all customers, regardless of where they happen to live or their household income, have access to clean, reliable and affordable energy,” said Gwen Mizell, vice president of sustainability and electrification at Ameren. “Our plan is a progressive move toward building a sustainable energy future.”

In recognition of changing market economics, as well as consideration for maintaining reliability through the transformation to renewable energy, the company’s plan includes advancing the retirement of two of its coal-fired energy centers.

The IRP is filed with and reviewed by the Missouri Public Service Commission (PSC) every three years. Major aspects of the plan, including construction of new renewable energy generation resources, customer energy efficiency programs and renewable and demand response programs, will require separate PSC approval. Where necessary, Ameren Missouri will also need to obtain federal and local approvals and interconnection agreements so that it can use transmission services to connect renewable energy resources with Ameren Missouri customers.