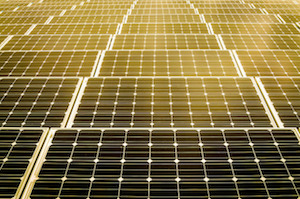 Amazon.com Inc will invest in three new wind and solar projects as it moves toward a goal of meeting 80% of its energy needs from renewable sources by 2024, and 100% by 2030.

The company has entered the U.K.’s largest corporate wind power purchase agreement as part of its backing for the 50-megawatt Amazon Wind Farm on the Kintyre Peninsula of Scotland, it said in a statement. Amazon also announced solar projects in North Carolina and Virginia with a combined generating capacity of 215 megawatts.

“We’ve announced eight projects this year and have more projects on the horizon,” Kara Hurst, Amazon’s director of sustainability, said in the statement. “We’re committed to investing in renewable energy as a critical step toward addressing our carbon footprint globally.”

The three projects are scheduled to start operations in 2021 and will supply power to Amazon Web Services data centers. The company, which has nearly 70 renewable energy projects globally with a total capacity of more than 1.6 gigawatts, also plans to achieve net zero carbon emissions by 2040.