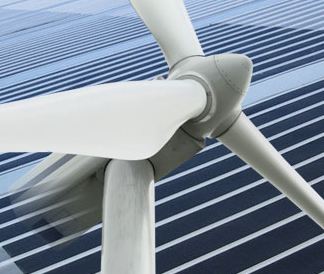 The wholesale energy supplier subsidiary of American Electric Power is seeking utility-scale solar and wind agreements with projects in the PJM Interconnection system.

AEP Energy Partners wants proposals for off-take from new solar and new or repowered wind in PJM. The agreements can range from 10 to 15 years for facilities which begin operation between this year and 2023, according to the release.

Bids with alternative time frames can also be considered. AEP Energy Partners will use the contracted off-take to support its retail and wholesale loads in the interconnection region. PJM is the regional transmission organization and grid system comprising all or parts of Delaware, Illinois, Indiana, Kentucky, Maryland, Michigan, New Jersey, North Carolina, Ohio, Pennsylvania, Tennessee, Virginia, West Virginia and the District of Columbia.

Notice of intent to bid on the solar and wind off-takes must be received by AEP Energy Partners by Thursday, August 13. Proposals are due no later than August 28. Go to www.aep.com/rfp or call Ben Duckworth at 614-583-7453 for more information.

Wind and solar will be key content when POWERGEN International and DISTRIBUTECH International co-locate March 30-April 1, 2021 in Orlando, Florida.