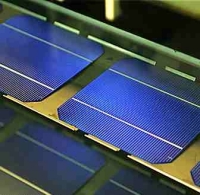 Vienna, Austria [RenewableEnergyWorld.com] “The Sun,” said Jalal al-Din Rumi, one of the world’s greatest poets, “must come.” And the Arab world, which was an engine for centuries of innovation in science, philosophy and the arts, is now poised to become a leader in solar technology.

Though reported to have 8.5% of the world’s oil reserves and 3.3% of the world’s gas reserves, Abu Dhabi has launched a fund worth more than US $10 billion to find advanced renewable energy technology solutions to climate change.

Solar energy is also set to power another major Abu Dhabi project — Masdar City. The ultra modern city, due to be completed by 2015, aims to be the first zero-carbon emission and car-free city in the world, housing 50,000 inhabitants and 1,500 companies.

Now Masdar PV, a company belonging to the Abu Dhabi Future Energy Company, a state-owned vehicle for renewable energy investment owned by the UAE, has announced plans to produce up to 280 MW of thin-film PV a year in Eastern Germany in partnership with Colexon Energy, a Hamburg-based company.

Under the deal, two facilities to manufacture large-scale PV modules, 5.7 square meters in size, are to be built between 2009 and 2013. One factory is to be located in Erfurt in Thuringia; the other in Abu Dhabi.

The facilty in Erfurt Kreuz covering 8 hectares is due to start production at the end of 2009. Production in Abu Dhabi is expected to start in 2010.

The PV production facilities at Erfurt will have an initial capacity of 50 MW. An estimated 180 new jobs will be created in the first phase, but this number is expected to grow to 600 jobs to meet the company’s medium-term production capacity goals, said Sebastian Fasbender of the Bundesverbandes Solarwirtschaft, BSW, the German solar industry’s umbrella organisation.

Masdar PV is expected to benefit from close cooperation between manufacturers, suppliers, universities and research institutes to be found in the strong PV cluster in Erfurt to develop new technologies and products rapidly.

Thuringia has some of the the strongest PV clusters in the world with 47 solar companies active in the region, employing 2,500 people.

Moreover, the German government offers generous investment incentives, providing up to 50 percent of total capital expenditure and therefore attracting companies from around the world.

But it’s not just Germany’s investment incentives and expertise in engineering that are drawing Abu Dhabi to Erfurt.

“The German university RWTH Aachen is very much involved within the Masdar initiative,” said Fasbender.

Erfurt Kreuz will also be the focus of Masdar PV’s R&D.

The new partnership is sure to benefit German PV companies, increasingly looking for export opportunities. Colexon currently exports 15 percent of its production but the company hopes to increase its share of exports to 40-45 percent.

“We are aware of some companies, that are interested in establishing laboratories, show rooms, subsidiaries in Masdar City,” he said.

Also, German companies are building photovoltaic plants in the Middle East, including Conergy in Saudi Arabia and Centrosolar in Dubai.

In addition, German companies are currently bidding to construct a new 100-MW solar thermal power plant called Shams 1 close to Abu Dhabi, a deal reported to be €500 million [US $680 million].

So far German companies have already won contracts worth €60 million [US $81 million] for the Shams 1 power plant: MAN is set to deliver the steam turbines; Flabeg the mirrors; and Schott AG part of the absorption system.

“Generally speaking, we observe that German companies are aware of the opportunities in the UAE region and first deals are being closed,” said Fasbender.

“Ambitious projects — the rotating tower in Dubai and Abu Dhabi Masdar Initiative being the most prominent examples — can be observed that might express a trend in the UAE region towards more sustainable sources of energy generation,” he said.

Abu Dhabi is, however, reaching out to partners throughout the world to help it to realize its vision of creating green jobs, protecting the environment and transforming its economy by promoting innovation and progress in solar energy.

Marrying the effective government leadership, regulatory environment and large amounts of capital, and creativity of the UAE to the technological know-how of Germany could, however, prove be a particularly productive partnership.