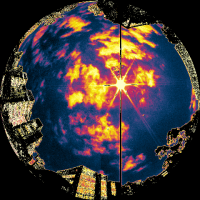 Research in solar photovoltaics is alive and well, as many government and university labs around the country are investing resources and pushing the envelope. A sampling of labs shows they’re working on both thin-film and crystalline, with nanotechnology playing a big part, as expected. But some labs are exploring angles you wouldn’t normally think about. 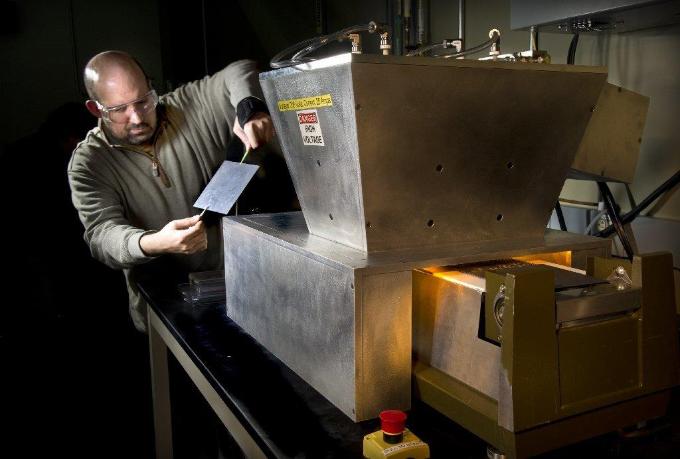 Greg Wilson, director of the National Center for Photovoltaics at the National Renewable Energy Laboratory in Golden, CO, reports that his facility has is conducting research in three major areas. For starters, researchers are working in the III-Vs, which refers to semiconductors made from atoms in columns III and V of the periodic table, the most common one being gallium arsenide.

Another part of its research is in conventional single-crystal silicon. “Nearly all of our work at NREL right now is focused on silicon tandems. This involves taking the best cell made and adding a top cell that will harvest another portion of the light spectrum in a two-junction cell,” Wilson says. Many groups around the world are working on this concept, which poses a challenge in getting the cell joined cost effectively, whether you use epitaxy or bonding. NREL is exploring both routes and says the top cell will likely be a III-V.

If done correctly, Wilson says, this has the potential to add about ten points of efficiency to an already high-efficiency silicon part itself. “This approach could produce silicon tandems and have an efficiency of greater than 30 percent.”

The third area is thin-film, which NREL has been exploring for 35 years. Researchers are investigating different materials, including cadmium telluride (the semiconductor that First Solar technology is based on), CIGS (copper indium gallium selenium), and a GIGS substitute known as CZTS, an earth-abundant potential replacement.

Thin-film offers advantages over conventional cells made with crystalline semiconductor material, mainly lower manufacturing costs because it uses a low-temperature process similar to printing instead of the high-temperature vacuum deposition process. It also has the advantage of lighter weight and the ability to be integrated into building materials such as siding, roofing, and tent fabrics.

But as Wilson says, “Silicon isn’t going anywhere. There are a lot of reasons silicon dominates the market today.” Thin-film hasn’t achieved the efficiency silicon has. “There’s another problem with thin-films that’s always out there, and that’s long-term reliability. Silicon has the best, most well-understood degradation behavior over 30 years in the field.” Polycrystalline thin-films degrade faster than silicon, but Wilson thinks that can be solved with more research. 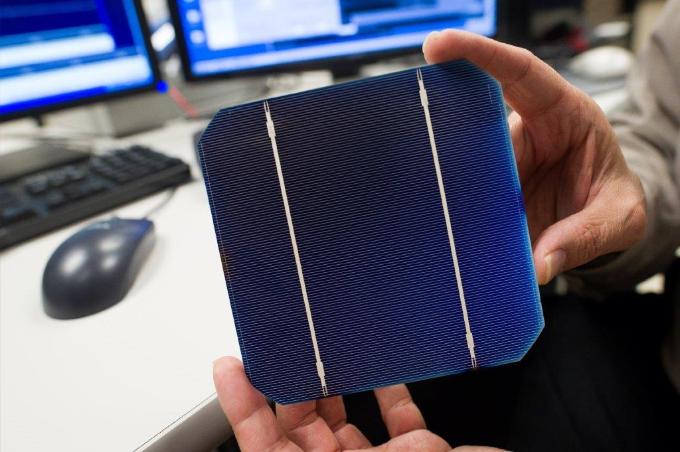 Steve Fonash, director of the Penn State Center for Nanotechnology Education and Utilization, is one researcher pursuing development in thin-film photovoltaics. He and two cohorts have formed a company called Solarity to market it.

Most thin-film solar cells under development use nanotubes, quantum dots, or hot carrier solar cells in their construction, but Fonash has taken a different approach. With his LCCM (Light and Carrier Collection Management) NanoCell Architecture, a nanostructured array forms on a lower electrode, and nanodomes form around each nanostructure-array element. These trap light as it transmits through each dome to the array and into the cell’s absorber. As an indication of how small nano gets, their PV will be on a film 1.4 mil (.0014”) thick with 625 million domes in a 1-centimeter area. For the absorber material, they’re looking at silicon, cadmium telluride, and copper indium gallium selenium (CIGS). Thin-film CIGS technology, in particular, has shown promise for high efficiency at low cost.

Fonash reports that they have been working with a company that does roll-to-toll technology, and they have been able to duplicate the kind of structures they need at the nanoscale. “We have shown the feasibility of the whole approach,” Fonash says. “As for readily available, I think that could happen within five years. We can have limited production going in about a year and a half.” 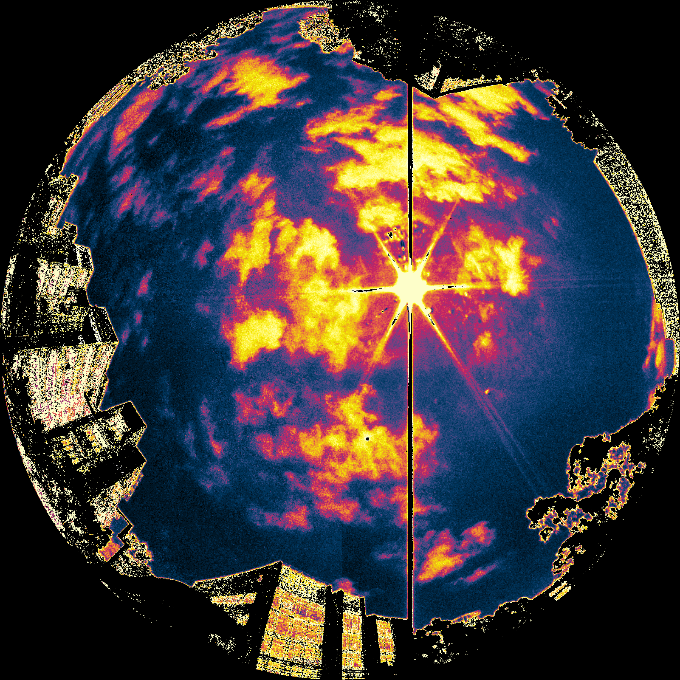 At the University of California San Diego, Jan Kleissl, associate director and principal investigator in the Center for Energy Research focuses on solar forecasting, which is playing an increasingly important role.

“The main advantage is you can operate the electric energy market more efficiently. It’s no different than demand forecasting, which has always been important since we started using electricity,” Kleissl explains. “Now we need to forecast the demand minus the wind and solar generation to figure out what’s remaining to be supplied by the conventional power plant.” In most cases, the beneficiary is the utility or grid operator. Studies have shown that the benefits are a few percent of the total market volume, which is huge in the energy market. 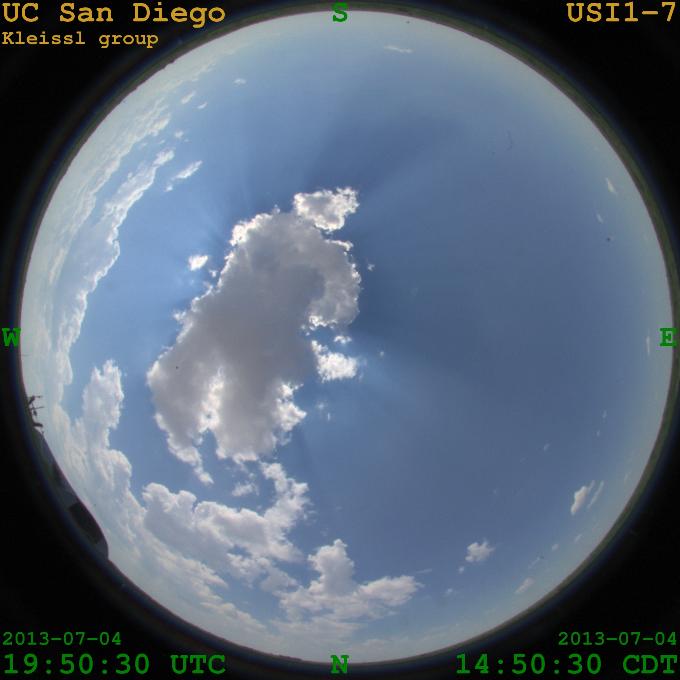 Kleissl points out that wind forecasting is already an active area because wind has significant capacity year round. But solar was always so small it didn’t matter enough to forecast. But that has changed in the last year or two, as solar capacity has grown enough to become important.

“Clouds are the primary challenges you want to forecast, but you can actually see clouds well from a satellite. That’s the main difference with wind forecasting,” Kleissl says. Wind is hard to see, so there are only a few techniques to use, but with solar, you can use satellite images, like those seen on Weather Channel. In addition, sky cameras have fisheye lenses that allow you to image the sky around you.

“We’re working with cameras that can give maybe a 15- or 20-minute forecast,” Kleissl elaborates. “That’s a mix of radiation sensors that can give you a very accurate local measurement of the solar radiation and the cameras that can give a wider view of the sky around you. The combination of the two gives you the best forecast accuracy.” For the longer term, they can run atmospheric models that simulate the fluid mechanics and dynamics of the atmosphere and predict where clouds will pop up tomorrow based on winds, temperature, and humidity. 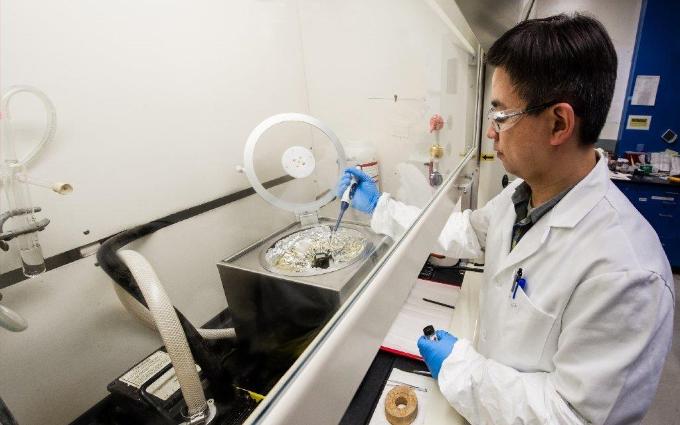 NREL Senior Scientist Kai Zhu prepares a dye-sensitized perovskite cell in his lab, using a precursor solution that converts from a liquid base to an absorber in a device. Courtesy NREL.

At the Lawrence Berkeley National Laboratory in Berkeley, Calif., Jeff Urban, Inorganic Nanostructures Facility Director in the Molecular Foundry, points to a somewhat neglected area of photovoltaic research called reliability and encapsulation. “If you consider a photovoltaic material on your roof, it can get exposed to all manner of weather, chemistry, and photooxidation. Keeping the materials robust, helping them age gracefully is an area of research that doesn’t have the investment relative to other areas like absorber layers,” he states.

His lab’s research involves trying to improve on current options like ethylene vinyl acetate and polyvinyl butyral. Researchers have developed new classes of hybrid materials, which are a combination of inorganic nanocrystals and organic polymers; these materials let light through while blocking the ingress of water, oxygen, sulfide, and nitrous oxides. Polymeric components prevent outside elements from penetrating while the inorganic species act as scavengers to take care of anything that happens to make it through any tiny openings.

Urban reports: “Our new constructed materials perform much better than the standard materials. These are pretty exciting results.” He says the material looks like a clear film similar to plastic wrap. This is moving toward sheets of material just one or two atoms thick that have barrier properties similar to the systems used in conventional PV systems. “So it’s an opportunity to cut a lot of bulk and cost and improve the performance.”