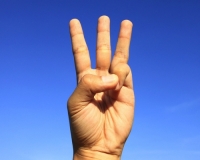 Last October, SolarWorld led a U.S. manufacturer coalition that asserted trade law violations by Chinese makers of solar cells. The coalition’s filing with the Department of Commerce led to significant tariffs being levied on solar products originating in China entering the U.S.

According to filing by the U.S. manufacturers, Chinese manufacturers received lavish incentives from China’s government that gave them an unfair cost/price advantage over U.S. manufacturers. In addition to this advantage, it is asserted that the Chinese makers sold product to U.S. customers at below manufacturing costs, a practice often referred to as dumping.

Chinese manufacturers and the Chinese government argue that they did not receive unlawful or excessive incentives and did not sell solar cells and modules at below cost. Also, they allege that not enough attention is given the other factors that allow a cost advantage over U.S. makers, namely “know how” and scale. They claim the solar manufacturers coalition’s trade case was brought forward because SolarWorld had lost its competitive edge and couldn’t compete successfully in a highly competitive marketplace.

Now, because of a loophole in the tariff judgment, only the solar cell, not the entire module, has to be manufactured outside of China to avoid all tariffs.

The case has been presented that SolarWorld itself was the recipient of large amounts of incentives from the German, U.S., and Oregon governments and has no right to complain about the special treatment received by Chinese makers from their government. There are also rumors of SolarWorld modules occasionally being sold in the U.S. for extremely low, below market prices.

The result of all this chest pounding and legal maneuverings (the extent of which might not be resolved for years) is that the U.S. solar industry and all its participants—from manufacturer to end-user — has suffered. The only winners are Taiwanese cell makers. Solar modules from China that are being sold in the U.S. are now more expensive because of retroactive tariff penalties that must be paid and the additional cost of securing “out of country” cells. That price increase is magnified as the product moves from maker to EPC to end-use customers in the case of project business, and from maker to distributors and dealers to end-use customers in the case of sales through channels. Each organization marks up the increase as the modules moves from manufacturing to installation. This higher price is even more striking today as euro weakness has caused a lowering of the module price in Europe creating a 20 percent or more difference between U.S. and European pricing.

Threat of unresolved tariff amounts (that might change in the future) also has caused uncertainty among buyers which creates insecurity in the market and damages the efforts of U.S. sellers.

The reputations of both SolarWorld and the Chinese manufacturers have been tarnished, and profits, which are in short supply throughout the global solar industry, have been further squeezed by this action.

But let’s be realistic. Yes, the U.S. manufacturers have a difficult time competing pricewise with Chinese makers because the cost of doing business in China is less than in the U.S. for many reasons — including cost of labor, taxes, insurance, property, and the steadfast support of an exceedingly generous government. But also, the Chinese solar industry has been willing to take risks to establish scale which lowers solar’s total cost, and the Chinese makers have learned to refine silicon, make wafers and cells and build modules as well as or better than any other group of manufacturers.

I believe there is a “third way” of moving forward for the benefit of the solar power customer and industry participant:  Foster collaboration between U.S. and Chinese entities that lead to jointly owned factories in the U.S. that service the domestic market. The Chinese makers want access to the U.S. market and the U.S. market needs investment and the ability to create more jobs. Let the Chinese use Chinese-made cells — without penalty tariffs — if deployed in U.S.-assembled modules. Encourage the Chinese solar industry to invest in U.S. factories that produce solar products “made in the USA.”

Of course this simple suggestion is not so simple.  The complication lies in keeping the cost low for normally more expensive U.S. labor and non-silicon expenses. However, I believe U.S. manufacturing could benefit from the challenge. The same ingenuity that created commercially produced photovoltaics in the first place can be used to develop new, low cost manufacturing procedures and practices.

Also, for this idea to become a reality a “Buy American” provision needs to be put in place where taxpayer-funded incentives (including tax incentives would be tied to mandatory American content. This idea is not loved by all, but my view is that if the taxpayers are funding the programs then taxpayers should be given some of the jobs thus making incentivizing solar power twice as valuable.

This artcle was originally published on Clean Edge and was republished with permission.