More
Home Blogs A Square Cheeseburger in a Round Hole? A Q&A about the Value... 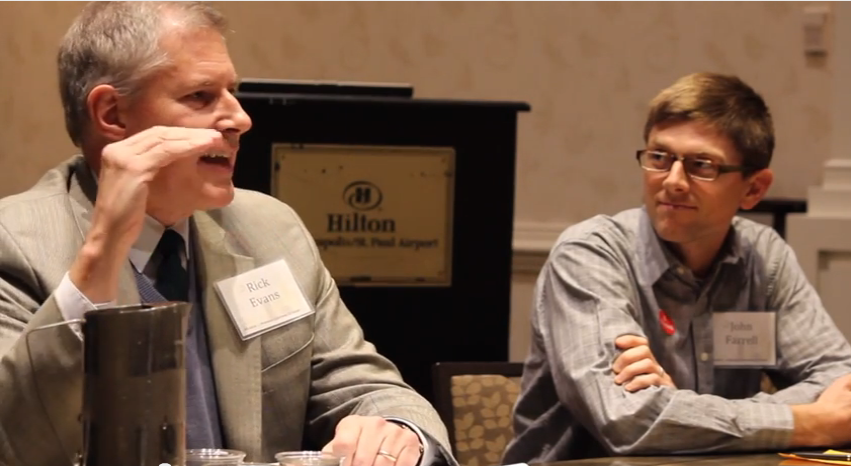 In 2013, Minnesota was the first state to adopt a value of solar policy as an alternative to net metering. It was left to the state’s investor-owned utilities to adopt the policy, but none have as yet. Why don’t utilities want to use value of solar? Should solar advocates be pleased or put-out that the policy lies dormant?

Find out more in this debate between ILSR’s Director of Democratic Energy John Farrell and Xcel Energy’s Rick Evans at a Minnesota Solar Energy Industries Association conference in November 2014.

Use the following links to jump to answers to the hottest questions about the value of solar, or view the full list of questions or watch the entire 68-minute video below.

Watch the 68-minute video to see the two address a variety of questions about the policy, including its origins and prospects for implementation.

Questions for the Two Participants Included

The first three minutes of the panel were a collection of audience questions, then answered in bulk. The questions included (links go directly to that portion of the video):

The Answers (or parts of the answer)