More
Home Blogs A Future Under the Sun

The Mayor of Los Angeles this week used the excuse of building more solar energy in Hollywoodland, obviously one of the sunnier places in the U.S., to apologize for raising the electricity rates in his city.

The truth is, the fluctuating price of natural gas and some other bureaucratic and management issues at the Los Angeles Department of Water and Power (LA DWP) seem to have put the city in a financial hole and these tough times have left few options to dig out.

So Mayor Antonio Villaraigosa and his people, some of the staunchest advocates of New Energy (NE) and Energy Efficiency (EE) in LA’s nasty “Chinatown” political world, ran a poll to prove the obvious, that sun-drenched Angelenos like the idea of solar energy, came up with a plan to raise rates 2.7 cents per kilowatt-hour and promised to set aside 0.7 cents of the money in a trust to make LA homes more efficient and finance a feed-in tariff to boost the building of large solar systems.

First, pols have got to stop cynically using NE and EE as an excuse for problems with fossil fuels and the rising price of power… ::continue:: …They only fuel the public’s growing sense that climate change and all the best answers to it are little more than an environmentalist scam. The truth is, power prices are going to go up because of fossil fuel expenses and it is plain wrong for cowardly politicians to put the blame on New Energy.

Furthermore, we’ve got to get organized. Like so many other platitudinous and insincere political cheerleaders, the LA leadership has a long-term goal to get the city off coal and to get a big percentage of the city’s power from NE and EE but it doesn’t have a clear and concrete bridge from here to there. 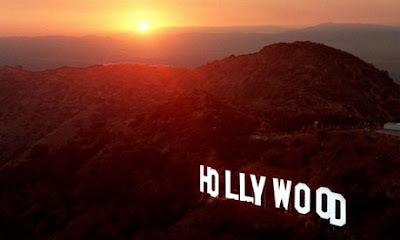 Insiders report Mayor Villaraigosa will lose his gambit to raise power rates and blame it on New Energy but the defunding does not mean sunset on New Energy in LA. The fight is still ahead. (click to enlarge)

Building a Solar Future; Repowering America’s Homes, Businesses and Industry with Solar Energy, from the Environment America Research & Policy Center, offers a more detailed blueprint of a bridge to a New Energy and Energy Efficiency future. It lays out the full spectrum of solar power options and what their potential is and gives a detailed plan for building the infrastructure with which the U.S. can generate 10% of its total energy demand with the sun by 2030.

The paper concludes with a set of public policy changes that must be implemented at the local, state and federal levels to remove barriers, drive growth and achieve the vision: (1) Financial incentives, (2) renewable electricity standards (RESs) with solar carve-outs, (3) new financing tools, (4) advanced building codes and standards, (5) consistent and long-term rules to ensure access to solar energy, (6) public education and workforce development, (7) public investments in a solar grid, and (8) research, development and deployment (RD&D) programs.

Somebody send a copy to Mayor Villaraigosa. And to the House of Representatives and the Senate. And the White House. 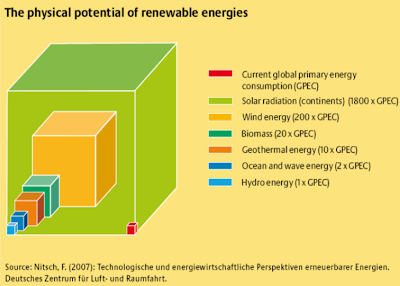