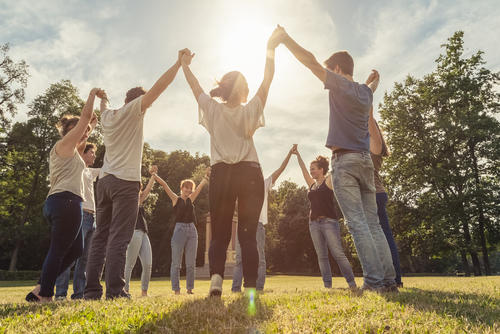 The White House on Nov. 17 said that 40 organizations have joined the National Community Solar Partnership (NCSP) since the initiative was launched in July, bringing the total number of city, state, business and organizational commitments to 68.

Private sector pledges to advance community solar and scale up solar for low- and moderate-income households now has reached more than 20,000 households and $545 million across 21 states, the White House said.

Community solar programs allow a group of people to purchase a stake in a solar facility in order to obtain the energy benefits of the facility in their utility bills.

NCSP members work to leverage interest in the public and private sector to expand access to community solar, including expanding use of existing federal and state resources; sharing of best practices at the state level; development of new financing arrangements and business models, new approaches to customer acquisition and community building, and multifamily deployment considerations.

Colorado-based community solar developer Clean Energy Collective, for example, announced that it has developed a program that allows investor-owned utilities to own and rate-base community arrays without non-participant subsidization or upward pressure on rates. In addition, Washington, D.C.-based community power organizer Groundswell has committed to convening five community solar projects that will serve low- and moderate-income communities in the Mid-Atlantic and Southeast over the next 18 months.

In a Nov. 17 statement, Solar Energy Industries Association (SEIA) President and CEO Rhone Resch said of the initiative: “We are pleased to see the commitment that these companies and organizations have shown in investing in community solar projects, and SEIA, along with a number of SEIA members, are proud to be among the 68 partners that have pledged to increase community solar development. This is an area of dramatic growth for our country and the commitment of more than $545 million in investment in 21 states provides a great jumpstart to scale up solar for the more than 20,000 low- and moderate income households that can now take advantage of the opportunity. It proves the model for successful deployment of solar across a range of diverse neighborhoods.”

In related news, DOE on Nov. 16 said it has awarded $22.7 million for 23 projects designed to reduce the costs for solar energy systems across a variety of technologies.

Among the funding recipients are SunPower Corp. and Sunrun Inc.

Sunrun received $900,000 to work in collaboration with Clean Power Research to develop and commercialize an end-to-end system that will allow residential solar project developers to automatically generate permit sets and submit those packages electronically for review and approval.