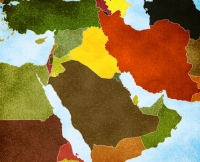 Solar markets in the Middle East are poised for massive growth, but evaluating new solar market opportunities can be an extremely difficult challenge. Market potential often depends on a number of complicated factors and assumptions that are either hard to quantify or difficult to compare side by side for different regions. Even worse still is the fact that the immense amount of news and data surrounding emerging markets in the middle east can become so overwhelming that it is nearly impossible to separate the wheat from the chaff and determine exactly which pieces of data have significance and which should be outright ignored.

ClearSky Advisors’ analysis has distilled the complex factors surrounding market opportunities for more than 10 countries in the Middle East and has recognized 5 key solar markets that will drive the majority of demand in the region over the next 10 – 20 years. More than 60 key factors are considered for regional forecasts in order to uncover nuances in each market.  The market dynamics at play in each region vary significantly and understanding these differences can help stakeholders define the opportunities available and plan accordingly.

The top 5 opportunities in the Middle East include:

Just like all things in Saudi Arabia the solar market there will be of enormous scale. There is little doubt that the Saudi Arabian solar market will grow to dominate the Middle-East within the next 20 years. The Kingdom has established mind boggling renewable energy targets that include 41 GW of solar PV and CSP installations.

The reasons for these targets are quite simple and are grounded in pure economics. Currently Saudi Arabia burns 30% of its domestic oil production for electricity generation. This represents a huge opportunity cost for the Kingdom especially as oil tops $100 per barrel. By freeing themselves of this domestic consumption the Kingdom stands to make a lot of money. Part of the logic is also to develop the expertise required to become world leaders in solar energy technology to add some diversity to their oil-dominated economy. The market may not grow as quickly as some predict given Saudi Arabia’s interest in building an industry and not just solar projects, but development is expected to accelerate once the first few major projects are completed.

On the other end of the spectrum is the nation of Israel; miniscule in comparison to Saudi Arabia but none the less turning heads with the effectiveness of their FIT program. Israelis have long been experts in solar thermal technologies. It is estimated that over 85% of households in Israel have a solar hot water heater installed. This love of solar energy has easily translated into a resounding success with solar PV technologies as the nation has over 300 MW installed already, and plans for another 1,700 MW by 2020. Israel, although small as it is, is currently the Middle East leader in solar PV installations. Distributed energy systems will no doubt reign supreme here, as expensive time-of-use electricity pricing combined with the nations net metering program allows rooftop solar to compete in the absence of any government subsidies. The government is eager to take advantage of this as they have recently finalized plans to replace their FIT program in favour of net metering legislation. The shift to net-metering will not be without market risk.  Yet, it is not farfetched to imagine PV enjoying the same level of success that the solar hot water industry has enjoyed here.

The solar market in Turkey will be driven by two key factors. The rising demand for energy presented by the nation’s rapidly increasing GDP per capita, and the rising electricity rates that have accompanied this increased in demand. Electricity tariff rates in Turkey have risen to as high as $0.18/kWh, well above the cost of producing electricity from solar given the nation’s outstanding solar resources.  Turkey is already the second biggest electricity market in the Middle-East and electricity demand from its population is forecasted to exceed 6% per year over the next 5 years. Moreover, there is potential to export significant amounts of power to Europe. These facts combine to mean that the potential size of the solar market in Turkey is enormous and well worth considering for any industry player looking for growth opportunities.

If oil is the driver in Saudi Arabia, natural gas and it’s more expensive derivative liquefied natural gas (LNG), are the drivers in the UAE. Due to massive demographic and economic growth, the Emirates have had to substantially increase their imports of these fuels to feed the rising power demand from their population. This has created a twofold problem, one of price volatility and another of energy insecurity. Solar power offers potential solutions to both of these problems. However, any such development will require policy support, which has yet to materialize in a significant fashion.  Currently established renewable energy targets would only require less than 8% of energy production by 2020. There are discussions taking place about a possible policy framework to incent rooftop solar installations, although it will likely be many more months before this framework is announced, if at all. Although the UAE poses the most uncertainty of all the markets presented here, it is definitely one to watch.

Similar to the UAE, solar power in Jordan is all about energy security. 96% of Jordan’s energy needs are imported from other regions. This exposes the nation’s economy and standard of living to the volatility and insecurity of having a few key oil and natural gas suppliers. For instance, any disruption to the Arab Gas Pipeline could threaten up to 88% of the country’s energy supply. Solar is an incredibly valuable alternative and possible solution to this issue. A FIT program was launched at the end of 2012, although the market has been slow to react to the low tariff rates that were put in place. However, the establishment of a FIT program has solidified the regions commitment to solar power, and makes Jordan an important market opportunity to follow.

Regardless of the reasons present in each individual country, solar energy is beginning to carve out a niche in Middle Eastern electricity markets. In the long term there is little doubt that solar energy will come to play a very important role in the energy mix of this region. The scale and timing of the growth of Solar PV is dependent on many factors. Based on the uncertainty currently present, the organizations that succeed in this landscape will be those that fully understand the risks, do their best to plan accordingly and adopt a long term viewpoint.