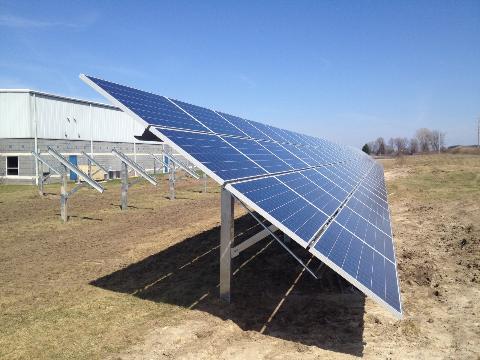 Developers will build and finance a 4.2-MW solar power system for a Rhode Island community.

Standard Solar Inc. announced an agreement with the town of Burrillville, Rhode Island for the ground-mount solar system. It is planned to contain more than 11,000 solar modules and produce 5.3 GWh of electricity.

The project is expected to be completed by March 2020. Standard Solar acquired the project from Boston-based Energy Management Inc.

The Burrillville deal will be part of the Rhode Island Renewable Energy Growth Program. The REG Program will support the development of up to 560 MW in new renewable energy projects through 2020.

“Rhode Island is a sleeping giant with the REG Program,” said Scott Wiater, president and CEO, Standard Solar. “When Energy Management approached us with the possibility of being involved in a project in the state, we were thrilled. This project with the Town of Burrillville mirrors several we have done for other towns up and down the Eastern Seaboard, so we were excited to add it to our ever-burgeoning portfolio.”

The REG will offer performance-based incentives set in tariffs filed with and approved by Public Utilities Commission. Those eligible programs include wind, solar, hydropower and anaerobic digestion.

(Rod Walton is content manager for Power Engineering and POWERGEN International. He can be reached at 918-831-9177 and rod.walton@clarionevents.com).

Decarbonizing the Grid is the focus of one of the Knowledge Hubs next week at DistribuTECH in New Orleans. Click here for more information on the hubs and the nation’s biggest annual T&D and smart grid conference and exhibition.