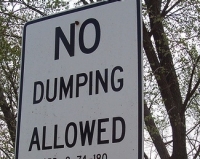 New Hampshire, U.S.A. — The U.S. Department of Commerce on Thursday announced stiff anti-dumping tariffs of around 31 percent on crystalline silicon solar panels imported from China, leading to a new round of concerns on how the duties will impact the growing American solar industry.

In its preliminary determination, the DOC set duties at 31.14 percent for Trina, 31.22 percent for Suntech and 31.18 percent for other Chinese solar manufacturers that chose to participate in the investigation. The companies that chose not to participate were hit with a 250 percent tariff. The tariffs will be retroactive and be applied to panels that were shipped from as far back as about the middle of February 2012.

A final determination must still be made, and the tariff rates can still be adjusted upward or downward. But the ruling gave an anxious industry a better sense of the implications of the trade case. And the numbers that came out were much higher than many expected.

Thursday’s announcement was for anti-dumping tariffs and it was the second of two duties set by the DOC that directly stemmed from a trade complaint filed by SolarWorld’s American subsidiary. DOC officials will now confirm the information provided by the Chinese government and the Chinese manufacturers that chose to participate. Final determinations are expected to be made for both tariffs in late July, though an annoucement may not come until September.

In March, the Department of Commerce announced a preliminary determination that set relatively modest countervailing duties that essentially measure the level of subsidies and benefits coming from the Chinese government to Chinese crystalline silicon panel manufacturers. The countervailing duties were applied on three levels: 4.73 percent applied to Trina, 2.9 percent to Suntech, and 3.59 percent to all others. That had been a welcome relief for many in the solar industry, especially the installers who have come to base their business models around low-cost panels. But the feeling was short-lived with the announcement of the countervailing tariffs, which will be added to the anti-dumping tariffs announced on Thursday.

The two together are certain to make Chinese solar panels much more expensive. The ruling could add about $0.30 a watt to the price of a panel. Chinese companies are expected to set up workarounds like tolling in which they send panels through another country, or even set up remote manufacturing facilities outside their country. Tolling is expected to add about $0.06 to $0.08 per watt.

In a trade complaint filed in October, SolarWorld’s American subsidiary and six other solar panel manufacturers claimed that Chinese companies are receiving an unfair level of subsidies from the Chinese government and that they are then dumping their products at below the cost of production into the American market. This, they contend, is stifling solar panel manufacturing in the United States. The case made by the Coalition for American Solar Manufacturing (CASM) has been folded into the growing political narrative that America must reclaim its ability to lead in the global arena of manufacturing and innovation.

On the other side, the Coalition for Affordable Solar Energy (CASE) says that the overriding goal is to make solar energy as competitive as possible. Low-cost Chinese panels have figured prominently in this race to make solar energy competitive with fossil fuels. Panel prices have dropped by 50 percent in just the past year, and that growth has spurred an installation boom that many in the industry feel is unsustainable if prices spike.

Many in the industry have been fretting that a steep penalty on Chinese panels would stifle the rate at which solar has been growing in the American market. New tariffs, they say, have the potential to derail the downward costs that have made solar a more appealing option to investors. As a result, the industry could see significantly less growth in the years ahead. And that means fewer American jobs.

Melanie Hart and Kate Gordon of the Center for American Progress refuted that notion this week, arguing instead that not challenging legal practices sets up a scenario in which China’s leaders will dictate not only the price of solar panels that dominate the open market, but they will also choose which types of solar technologies their government will support. This, they say, could lead to stunted growth in both installations and innovation.

“[O]nce Chinese companies drive out their competition from the solar manufacturing sector, they will immediately start raising prices to increase their profits and start to wean off of government subsidies,” they wrote this week. “We are currently seeing a similar pricing pattern in the global rare earths market. China has around one-third of the world’s rare earth supplies but controls 90 percent of the global market, primarily because lax regulatory oversight enabled Chinese companies to mine cheaply and price everyone else out of the market.”

In an op-ed penned for the Boston Globe, Tom Gutierrez, CEO for New Hampshire-based GT Technologies, wrote that the trade dispute has done little to help build a stronger American solar market. All it has done, he said, is force Chinese manufacturers to find new ways to enter the U.S. with their low-cost panels.

“Many Chinese manufacturers are simply redirecting their flow of products through other countries to avoid the US-imposed barriers, or in some cases the location of their production, and in all likelihood they will continue to provide the global market with competitively-priced solar panels,” he wrote. “This action by the U.S. government merely forced Chinese companies to find new ways to innovate in order to compete. In all likelihood the Chinese will be just fine. In fact, we may be transforming domestic Chinese players into more formidable forces by encouraging their global diversification and expansion. But what about the U.S. solar industry?”

The debate has extended far beyond the solar industry and has become a political lightning rod that has shaped some unexpected alliances. For an industry that depends on liberal-leaning policy support, the free market principles touted by the Coalition for Affordable Solar Energy have generally played strongest in conservative circles. Democrats, meanwhile, are pushing a “get-tough-on-China” strategy that threatens to undermine the low-cost goals of much of the industry. Just this week, two Democrats — Sens. Sherrod Brown of Ohio and Charles Schumer of New York — introduced a bill aimed at China that would exclude all foreign-made solar panels from a 30-percent tax credit unless the modules passed a threshold of domestic manufacturing.