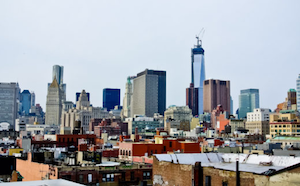 Residential solar installations in New York increased 12 percent in 2016 to 19,945, which is a significant slowdown from 100 percent growth in 2015. Industry analysts believe this change may be due to saturation in areas that are a strong fit for solar as well as the impact of the election uncertainty. Reuters covered this trend in its recent article.

The average price per watt (before incentives) for a residential installation in 4Q16 declined nearly 5 percent vs. the prior year to $4.11 and nearly 14 percent vs. 1Q15. This decline is largely due to module price declines (as much as 30 percent), as noted by a recent article from Reuters on Sunpower, the second largest U.S. panel maker.

The percentage of third-party owned systems declined to 56 percent from an average of 62 percent in 2015. The shift to customer-owned systems is expected to continue and is being driven by several factors, including (i) a slowdown by large national installers, (ii) expansion of attractive loan alternatives for consumers and (iii) growing solar markets in states (Florida and Utah) that do not allow third-party ownership.

Solar has proven to be a contagious product with referrals in local areas driving installation density. Many of the top 50 fastest growing neighborhoods/cities were in New York City, which has set ambitious solar goals.