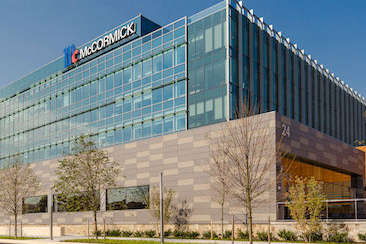 Constellation this week announced that it has signed an agreement with three major commercial customers to power their operations with renewable energy. At 175 megawatts, this project is the largest of its kind for Constellation, an Exelon company.

Skipjack Solar Center is a large new solar plant being developed in Charles City County, Va., on former working timber land.  Expected to come online in 2021, the solar project is being built by sPower, an AES and AIMCO Company.

The Johns Hopkins University Applied Physics Laboratory (which would initially purchase only project-specific RECs) also is a part of this deal, among other Johns Hopkins’ campuses in Maryland and Washington, DC.

To simplify the purchase, each of the three customers will use Constellation’s Offsite Renewables (CORe) retail power product, which increases access to renewable energy for commercial customers by removing the significant hurdles that accompany traditional offsite power purchase agreements (PPAs).  As part of this transaction, Constellation will purchase energy and RECs from the Skipjack Solar Center and will then sell the power and project-specific RECs to the customers.

This collaboration with retail customers is the largest ever for Constellation. By combining the contracting and aggregation process of CORe with the commitment and involvement from sustainability-minded companies such as these, Constellation is able to offer more customers access to the economic and sustainability benefits of large-scale, offsite renewable energy projects.

The 15-year agreement, which begins in 2021, is part of Exelon’s broader commitment to advance zero-carbon energy locally and nationally, address climate change and achieve a cleaner energy future.

“Corporations are eager to do their part to reduce greenhouse gas emissions and transition to cleaner forms of energy, and Constellation is committed to providing clean energy solutions that help them meet their goals,” said Jim McHugh, CEO of Constellation. “This major CORe agreement helps to remove the barriers that stand between companies and their sustainability goals, for the sake of good business – and for the benefit of our environment.”