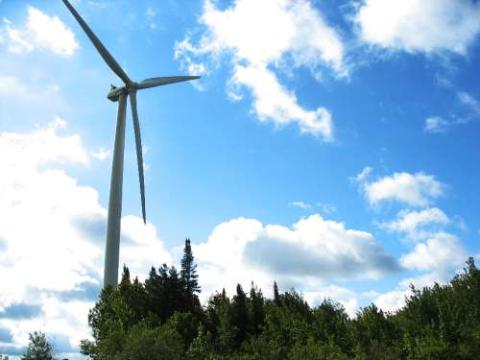 Renewable energy advocates offered reactions on Monday to the United Nations Intergovernmental Panel on Climate Change report that warned of a “code red for humanity” due to global warming.

The report – signed by leaders from 195 governments – is the first released by the panel since 2013, again confirming that global warming is being driven by emissions from human activities.

Heather Zichal, CEO of the American Clean Power Association, said the findings and recommendations from the IPCC report must drive negotiations in Congress over the bipartisan infrastructure package and budget reconciliation.

“Sensible policies such as clean energy standards and federal incentives to continue the rapid deployment of renewable energy projects and infrastructure are essential to meeting the goals of the Paris Agreement,” Zichal said. “Reaching a majority renewables electric grid by 2030 will deploy over $1 trillion of capital investment into the U.S. economy and support nearly 1 million direct jobs and reduce U.S. carbon emissions by over 60 percent.”

Josh Freed, senior vice president of the policy think tank Third Way, said that while the IPCC report paints a dim picture of the planet’s health, there is still an opportunity to act.

“This means using every low and zero-emissions technology, including nuclear power, carbon removal and carbon capture, renewables, and hydrogen. And it means building as much of it as we can, as quickly as possible and sharing these technologies, resources, and values with the rest of the world,” Freed said.

Sierra Club urged Congress to act immediately on the bipartisan infrastructure deal in response to the IPCC report.

“We must invest in our communities to ensure that we are able to recover from, prepare for, and mitigate the impacts of current and future climate disasters,” said Cherelle Blazer, international climate and policy campaign director for the Sierra Club. “And we must transition to a 100 percent clean economy without delay. We have the tools and the information in hand, and the choices we make now will shape our future.”