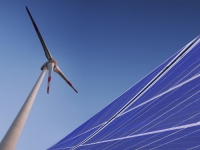 As the UK’s National Grid approaches its centenary, it has just achieved its first two consecutive months without burning any coal.

Indeed, the shift away from fossil fuels is revolutionizing our energy systems from top to bottom, bringing a huge requirement for innovation to the renewable energy sector. Initially, most of the interventions were piecemeal – installing wind turbines and solar panels for generation, and EV charging points for consumption.

However, the last few years have seen an uptick in the use of sophisticated technology in the energy and renewables space. The Internet of Things (IoT) has been at the forefront of this with the promise to revolutionize the industry by helping manage and coordinate production and consumption.

But some IoT deployments have fallen flat not due to a poor product but instead as a result of poor management of the technology. Some companies have successfully rolled out thousands of devices, only to find they are left with no idea what is happening on their network or how to show their worth, leaving their customers – owners of renewable energy generation assets – unhappy. Having witnessed this problem first-hand, I can say with some assurance that a lack of Service Monitoring is why many IoT deployments have failed.

Historically, electricity supply was demand-led. The nation’s favorite TV program would finish, and everyone would boil their kettles for a cup of tea. Grid operators could respond or predict this spike in demand and turn up the output of their coal or gas fired power stations accordingly. However, as we move towards renewable supply, we must turn this on its head and move to a supply-led model because we can’t “dispatch” renewable generation sources such as the sun, wind and tides – they happen when they happen.

To coordinate this instantaneous demand to match an ever-fluctuating availability, we need a “nervous system” capable of understanding demand and availability, and then controlling – and perhaps shifting – consumption as needed. Sound familiar? This is exactly what IoT promised the renewables space – a smarter, more agile grid.

There are already plenty of individual use cases, such as EV charging stations, metering PV generation for billing, and gathering data on power generated by wind turbines. Meanwhile, innovators like Tesla are effectively making batteries on wheels at scale, with its Model 3 topping the UK car sales charts in April and million-mile batteries in production.

Treated individually, each of these can optimize locally, but the real magic starts to happen when you join them all together, creating an energy network that depends more on renewables. This relies heavily on connected devices.

It’s not viable to simply have engineers keeping an eye on wind turbines or EV charging points to ensure they are functioning as they should. They must instead look after networks of connected devices to ensure the system itself is functioning properly. This means that renewable energy providers are increasingly reliant on IoT service providers. However, dealing with thousands of devices and making sure they are synchronized often causes problems for these providers.

Of course, the rollout of these connected devices comes with a host of challenges – do you build or buy your devices? In such a fast-moving sector, will today’s innovative product be tomorrow’s legacy tech? How do you establish long-term, mutually beneficial relationships with the right tech partners? These are but a few of the issues companies encounter when deploying connected devices – but the real difficulty occurs after rollout.

In the early stages of deploying a new connected renewables product – beta testing and trials – as a service provider your biggest problems are likely to be software and hardware bugs, and perhaps bugs in the proposition too – the way it interacts with people and whether it actually delivers benefit. During the trial period you’ll deploy new hardware and software to address these bugs, and maybe tweak the proposition. It is relatively easy to manage this using manual processes and spreadsheets, as you only have a small number of devices to monitor, meaning that if there is a problem with a handful of them, it is easy to spot and rectify.

Eventually, the product is honed, changes are made to optimize the service, and you get to a place where you feel ready to launch en masse, with rollout starting with thousands of devices and exciting prospects for growth beyond that. With this you start to make significant capital and delivery commitments which your customers will hold you to.

Failing to deliver at scale

From experience, this is where a lot of IoT projects fall flat. Suddenly, the same manual processes and spreadsheets that you’ve been using to monitor your network fall apart due to the sheer number of devices you are trying to keep track of. The amount of information flooding in starts to exceed what can be held in one brain, or on one spreadsheet. As a result the company loses track of what is happening on your devices and you begin asking exactly what it is you have deployed; whether the devices are working properly; if you are keeping the customer promise and delivering a good service? Ultimately, your renewable energy customers start to become annoyed as you are not delivering the promised service quality and they have very little idea of what is happening on their devices.

This is why IoT service providers must make use of Service Monitoring technology – to give them a complete view of their network. It sheds light on all sorts of business critical information, such as any faulty devices and their location, whether you have too many or too few devices in a particular area and allows your maintenance engineers to be more proactive, rather than constantly putting out fires.

Once you have a complete overview of your network, you can start to create KPIs that are crucial to both internal reporting and to demonstrate to customers that you are meeting their service requirements. For example, an EV charging point provider can optimise its internal business processes to improve uptime, and also show customers the level of service availability that is being achieved at each site. Targets can be set, and you can prove they are being hit and that your service is delivering value.

Monitoring also allows you to create rules to automate vital business processes. Taking wind turbines as an example, a simple rule would be to alert your engineering team if a blade starts to fail. The engineering team can then arrange a service visit with the customer before they are even aware of a problem, then arrive on site with the right part. This helps to maximize profits, and delight customers, while delivering the desired wind energy production.

Put simply, large scale IoT rollouts are rarely let down by the quality of the tech, but rather by the quality of the service the tech provides. Many IoT service providers pump huge amounts of money into R&D and getting their product right, but rarely consider whether they will actually be able to deliver a great service to match their great tech.

Without Service Monitoring, it is impossible to have a complete overview of your network, which is an integral part to renewable energy generation. With thousands of devices generating data, spreadsheets simply won’t be enough to keep track of every connected device, but this is often overlooked when scaling, and is part of the reason why renewables has been held back. Providers must look to improve their service to give the tech a chance to shine and realize its potential – the future of the planet relies on it.