More
Home O&M Getting Out of the Weeds: How To Control Vegetative Growth Under Solar... 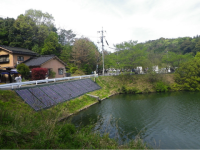 San Diego, Calif. — It is officially summer. The sun is shining and the grass in your backyard is growing quickly. At home, mowing the lawn is one of summertime’s most frequent chores — and it’s no different for the solar industry. 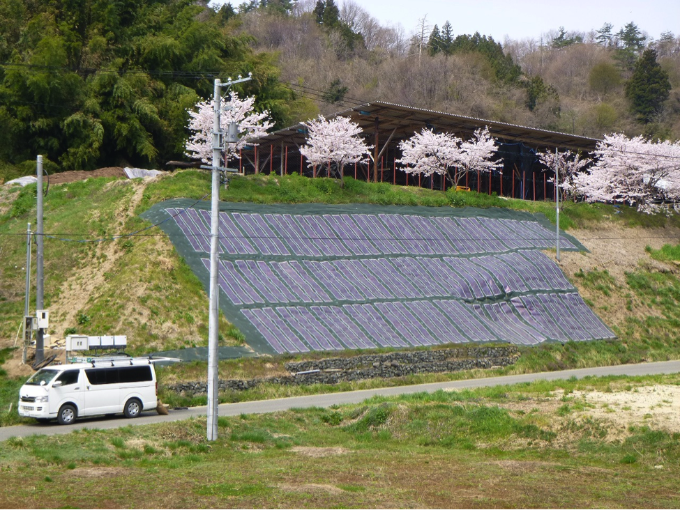 Weed or vegetation management is particularly important for ground-mounted solar systems. Tall weeds growing around the installation can create shading, which can negatively impact system production.  It can also cause hot spot heating — if a part of the solar cell is shaded, the cell can heat up to such extreme temperatures that a module can burn out causing permanent damage.

After the feed-in tariff (FIT) program was launched in Japan a few years ago, many ground-mounted PV systems started popping up in the country where small residential roof-top solar systems used to dominate. System owners recognize that growing vegetation under and around PV systems must be minimized to protect their valuable investment.

“Mowing is the most commonly used method in Japan at this point, but we are looking into other methods,” said a project developer in Japan.

Mowing is very labor-intensive and needs to be repeated twice or three times a year. Besides hiring people or renting mowing equipment, there are fees for hauling and disposing the grass clippings. Another project developer commented that it costs between 100-200 yen (US $1-2) per square meter for a 2-MW system, which is typically about 40,000 square meters. Spraying herbicide is relatively inexpensive and requires a low initial investment. But spraying has to be done repeatedly over time and there are environmental concerns associated with certain chemicals in herbicides.

Herbivorous Animals to the Rescue

Last summer, Oita Sekiyu, a gasoline distributor and PV system reseller, built a 1.1-MW solar system on an old salt-pan site in Usa city, Oita prefecture. The company chose emu, the second largest bird in the world and native to Australia, to graze the vegetation growing under the solar system.

“We chose emus because I personally like birds. Emus are very strong, adopting to both excessive cold and heat. They are also quite and friendly, ” said Sozou Nagaoka, Predient of Oita Sekiyu. Currently the company has 8 emus and other animals, 12 goats and 3 sheep, to control weeds. The company’s decision to go for herbivorous animals is to soften the industrial image of the large-scale solar system and to blend into the rural view of its neighborhood. 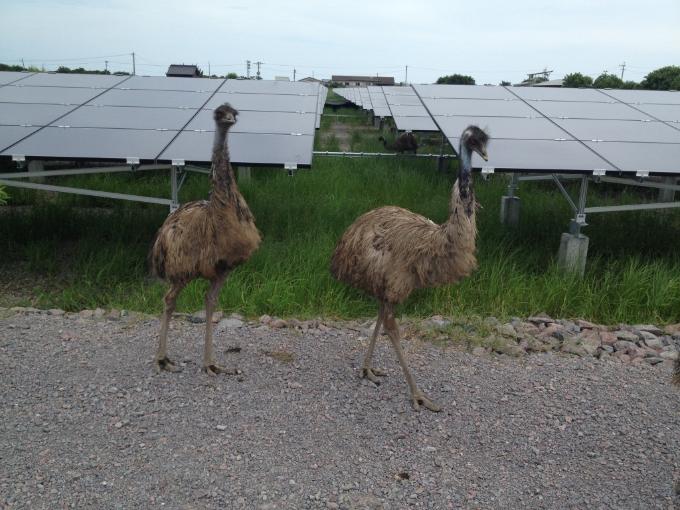 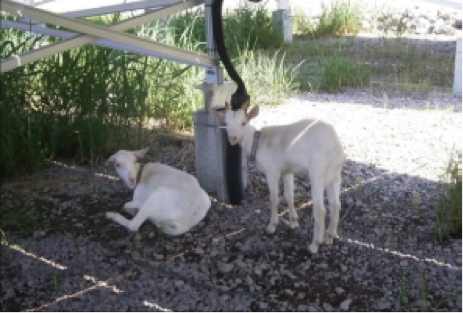 Emu and goats keeping the weeds down around a ground-mount solar system. Credit: Oita Sekiyu

The Nikke Group, a manufacturer and wholesaler of textile and clothing materials is using three goats to control weeds growing under part of a 16.81-MW PV ground-mount system. The system was built on a former golf course that the company used to operate in Hyogo prefecture. The company chose goats specifically to relate to its wool business and to foster an old farm cozy atmosphere for the surrounding neighborhood.

Despite the advantages, a large project developer in Japan listed some downfalls to using animals for weed control. “There are certain weeds that sheep or goats don’t even eat. The system needs to be ammonia [urine] resistant. When a system is unattended and remotely monitored as a security measure, movements of animals can trigger false alarms.”

Weed-control fabrics or sheets provide a non-chemical way to kill weeds by covering the unwanted vegetation and blocking out the light. While commonly used for landscape applications, these products are finding their way into the solar market. Last year Maeda Corporation, a construction, engineering, and services company, developed a 2-MW ground-mounted system in Tsukuba city, Ibaragi prefecture. The company decided to implement two types of weed controlling sheets — thin sheets for shaded areas (under the system) and thick sheets for sun-exposed areas to completely eliminate weed O&M.

The initial investment for using these sheets is high compared to other methods, but ongoing expenses are said to be minimal. The sheets must be placed properly and covered to prevent the wind from picking them up.  The life of the sheets is approximately 10 years. DuPont, an American chemical company, markets Xavan — a non-woven Polypropylene weed-control fabric that retards weed growth.  This fabric can last for 20 years when covered with rocks or soil.

In an effort to produce more energy, Fuji Electric, a Japanese manufacturer of electrical machinery and appliances, and Coretec, a manufacturer of energy-saving machinery, jointly created weed-controlling PV sheets, combining weed-control sheets and amorphous thin films. The sheets can be placed directly on the soil and kill weeds while producing electricity from sun.

“This product is especially useful at very narrow or steep slopes where lawn-mowing is particularly difficult, and unlike regular systems, you don’t need to develop mounting systems. Just place it on the surface,” said Yoshihiko Hirata at Nihon Shokusei, a distributor of the weed-controlling PV sheets. “Steep slopes next to mountain roads are unproductive areas, yet they require mowing three to four times a year, incurring expenses. The countryside in Japan is facing a decrease in population and sometimes there are not enough people to do the job,” he continued. 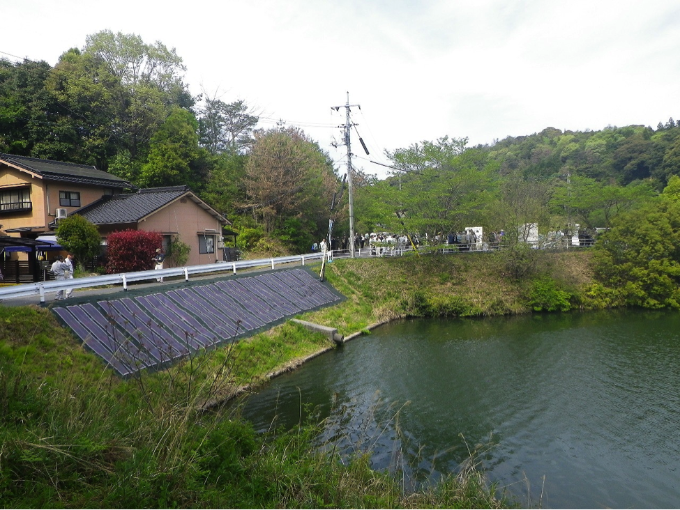 Yamaguchi prefecture was trying to find a way to get rid of tedious grass-mowing tasks for its farmers, and turn unproductive areas into resources. In April, the prefecture installed a 2.7-kW weed-controlling solar system on the slope along a prefecture-owned reservoir in Yagagii city. The PV system consists of 10 sheets (2.05 meters x 4 meters), providing electricity to pump up water from the reservoir to irrigate nearby rice fields.  Any excess electricity generated is sold to the local electric utility under the 20-year FIT contract.