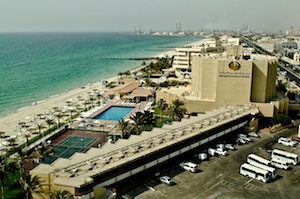 A “cutting-edge” waste-to-energy plant is to be built in the United Arab Emirates (UAE).

The plant in Sharjah is planned to take up to 300,000 tons of waste each year and convert it into electricity.

If it does this, it will help Sharjah reach a zero-waste-to-landfill target by 2020.

The project is a collaboration between Sharjah environmental management company Bee’ah — which collects approximately 2.3 million tons of waste from nearly 1 million households in Sharjah each year — and UAE clean energy company Masdar.

The deal was announced at Abu Dhabi Sustainability Week, where Mohamed Jameel Al Ramahi, Masdar chief executive, said: “With GCC countries having among the highest rates of per-capita waste production in the world, sustainable waste management solutions are both critically important and a clear business opportunity.