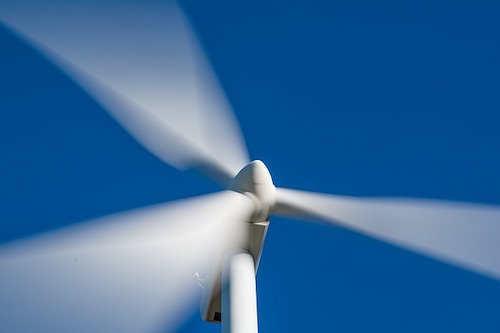 A sustained seven-year effort by U.S. wind power firm Cordisons International Ltd. to put up a multimillion dollar 90-MW wind farm in Kenya may have come to an end after the country’s land custodian National Land Commission (NLC) declined to grant the company lease for some 11,000 acres of land it had sought, arguing that the firm had ignored procedures in applying for land.

Instead the commission ruled that the land will be leased to Belgium giant Electrawind, and its local partner Kenwind Holdings Ltd.

The NLC — the country’s land custodian — ruled that the U.S. company had not followed the right procedure in applying to develop the 11,000 parcel.

Cordisons, according to NLC chairman Mohammed Swazuri, had applied for the lease to the county government for the land as opposed to the commission while skipping numerous requirements and regulations that would warrant the company getting the land, in a dispute that seemingly surrounds who between the local county and national government had power over the land.

On the other hand, Kenwind Holdings had wanted 3,200 acres of the land where some 700 families will be moved from to pave way for the US$230 million project.

Kenyan media however quoted Crispin Kodi, an official of Cordison, saying that his company had not been notified of the loss of its lease bid and would allegedly appeal the NLC decision.

On the other, Kenwind director Susan Nandwa said her firm will abide by the NLC decision and will move ahead with arrangements to acquire the lease, and move the families occupying the land.

“We have followed all the right procedures in applying for lease to this land, and we do not anticipate any obstacles from any one quarters” Nandwa said.

“We are moving ahead with pending legal and compensation plans with the hope that construction work on the ground can kick off by the end of the year,” she told Renewable Energy World by phone from Europe.

The company, she said, was the one rightly entitled to the land, adding that Kenwinds had made sound financing and technical arrangements for the mega wind power project.

Kenwind has attracted the interest of World Bank’s investment arm International Finance Corporation (IFC), which has bought a 45 percent stake in the company and is also a major financier in the project.

And while the bank declined to comment on the matter, sources indicated that the World Bank subsidiary had commissioned an independent environmental assessment study of the site and was going ahead with financing.

However environmental action group Environmental Justice Atlas (EJA) had cautioned that another conservation group Nature had expressed reservations over the project.

“Nature Kenya’s main concerns were that the environmental impacts assessment (EIA) done by Kenya’s National Environmental Management Authority was inadequate, and certain issues in it needed to be addressed prior to its approval and also during project implementation,” said EJ Atlas.

“Some of the recommendations that were put forward included the need to carry out detailed biodiversity surveys and set baselines, adopt avian safe wind farm design and turbine placement, and develop and implement a biodiversity monitoring framework,” the group said.

However, EJ Atlas said the EIA was approved without incorporating the recommendations by Nature Kenya.

While EJ Atlas lists Cordisons International Ltd as a member of West Texas Wind Energy Clearing House, a search of the company does not yield any website related to the company.

Others listed as Cordison International partners include U.S. company Electric Power Engineers and ISA of Italy.