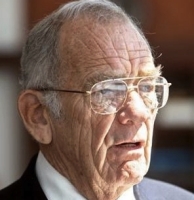 PORTLAND, Ore. Eighty-two-year-old U.S. District Judge James A. Redden — who has rejected Columbia Basin hydropower system operations for failing to protect salmon for more than a decade — has announced he will ask that the long-running case be assigned to another judge.

Redden advised lawyers in the case that he would remove himself from the case three months after his latest ruling that the Obama administration’s attempt to make the federal Columbia Basin hydropower system safer for protected salmon violates the Endangered Species Act. Although the elderly judge gave no reason for his withdrawal it was reported that he has been reducing his workload.

The judge left the current “biological opinion” for the hydropower system in place through 2013, when federal agencies must come up with more specific projects to help salmon. NOAA Fisheries’ recommendations include studying salmon migration, monitoring water temperatures and other effects of climate change, and creating a team of fisheries managers to resolve potential harm to wild salmon runs by hatchery fish. The administration also agreed to provide an additional $40.5 million to improve salmon habitat in the Columbia River estuary.

The most recent plan was submitted to Redden in the docket of a 2008 lawsuit by environmentalists, fishermen, and the state of Oregon over a salmon restoration plan implemented by the Bush administration. (HydroWorld 6/25/08) The plaintiffs claim salmon populations will not recover without removing the Snake River dams.

Redden also voided NOAA Fisheries’ 2004 biological opinion, which had found “no jeopardy” to salmon and steelhead listed for protection. Should the new biological opinion fail to meet his expectations, Redden had warned he could order agency actions that might include removal of the Snake River dams.

One of the plaintiff groups, Save Our Wild Salmon, said Redden had done more to save wild salmon and steelhead than the last three administrations combined.

“We hope that between now and 2014, the federal agencies will take a good look at what Judge Redden said in his August ruling of this year and make real, needed changes in the biological opinion,” SOWS Executive Director Pat Ford said. “If they would do that, we might not even need a new judge for the case.”

Federal agencies to collaborate with tribes, states on habitat

Meanwhile, the Federal Caucus — comprising the Corps of Engineers, Bureau of Reclamation, and NOAA Fisheries — filed a brief in November saying the federal government would collaborate with the region’s tribes and states to respond to Redden’s order to bolster habitat actions in the biological opinion.

“As our progress report shows, improvements to the dams have resulted in 95-99 percent per-dam survival rate for juvenile spring Chinook and steelhead” Corps Director of Programs Dave Ponganis said. “The report also shows how our state and tribal partners are restoring streamside habitat, removing barriers to open up new tributary and estuary habitat, and putting water back in streams. As a result, salmon are coming back to places they haven’t been seen for decades.”

Another plaintiff group, Trout Unlimited, announced in November that it is asking permission to withdraw from the Columbia Basin salmon lawsuit, opting instead to seek resolution of salmon issues through collaboration of all major stakeholders. TU noted it and other conservation groups have successfully challenged every Columbia salmon plan since the mid-1990s.

“Without question, this litigation has been pivotal in obtaining improvements in dam operations and fish habitat that have helped slow the decline of wild salmon and steelhead,” TU President Chris Wood said. “But slowing decline isn’t enough. We need to recover these remarkable fish, and one way to do that is to sit down with the people most affected by salmon recovery and work out an agreement that meets their economic needs while recovering these fish of enormous cultural, economic, and ecologic value.”

TU said it now thinks it can best contribute to a salmon solution by advocating outside the courtroom for a collaborative forum.