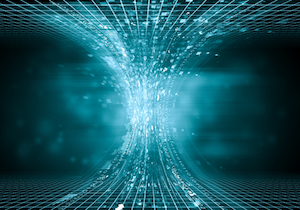 One of the leaders in vibration monitoring technologies is working to bring the integration benefits of OSIsoft’s PI System to wind turbine condition monitoring—a process that traditionally requires a separate architecture to handle the high bandwidth coming from vibration sensors.

Randy Chitwood, vice president of Nevada-based SETPOINT, says that within the next 18 to 24 months, SETPOINT plans to take its existing hardware for wind turbine condition monitoring and engineer an edge device that will stream vibration data directly into OSIsoft’s PI System. The company already offers this kind of interface technology for other energy systems that rely on vibration sensors to monitor the health of rotating equipment.

Speaking at the OSIsoft EMEA Users Conference in London on Oct. 17, Chitwood said that when vibration sensor data can stream directly into PI, there’s no longer a need for IT managers to maintain an independent ecosystem—servers, databases, and interfaces, etc.—for vibration data collection and analysis.

PI allows operators in various industries to access and learn from data that comes from multiple, potentially incompatible systems across an enterprise. PI is known for its ability to collect time-series data from diverse sources and store millions of data points, bringing together time-series and event-based data in real time. Data that lived in silos previously, now comes together in PI for analysis and visualization that would be impossible otherwise.

Vibration data historically represented its own silo, and has been viewed by vibration and rotation machinery engineers as “special,” thus requiring separate condition monitoring software (CMS) that is distinct from a distributed control system (DCS) that interfaces with PI. A DCS networks and collects data from, for example, a process control system, instruments and controls, turbine controls, motor controls, overspeed protection, surge protection, and emergency shutdown systems. PI brings all that data together for enhanced analysis.

Chitwood said that the CMS, on the other hand, has the ability to display specialized plot types that vibration and rotation machinery engineers need.

“There’s an enormous amount of bandwidth that a typical vibration sensor is streaming into the vibration [CMS],” he said. “In the past, that bandwidth would have choked a PI system or frankly any other data archive.”

SETPOINT has found a way to stream CMS data into PI, thus enabling operators to bring the capabilities of the DCS and CMS together for more robust insights.

How Do They Do It?

According to Chitwood, the process for bringing vibration data into PI is similar to how video is live-streamed.

“If we were to take all of the data from a single sensor and stream it into PI continuously and we did that for a whole machine, 20 sensors worth, we would consume about 1 terabyte a week in a PI server,” he said, adding that “nobody would be happy about that.”

Chitwood said that SETPOINT’s edge device intelligently decides what vibration data should be sent to the PI server and what should not.

“We’ve engineered our edge device to constantly look at the vibration data and ask a very simple question—did it change?” he said, adding that if the data changes, it goes to the PI server.

Streaming video works in the same way. For example, as a video frame with blue sky, green grass and a person moving is streamed, only the pixels related to the part of the frame that is changing—the person moving—are transmitted.

Once the SETPOINT edge device streams the important vibration data points to PI, operators can then use a special interface created by SETPOINT that allows the operator to drill down into any given data point.

SETPOINT was purchased by Germany-based Brüel & Kjær Vibro in May.