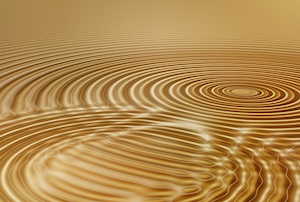 Wind energy is increasingly popular as the technology advances. However, wind turbines incur higher operation and maintenance costs than other power generation technologies. There are, nonetheless, ways to drive these costs down.

Wind turbines have rocketed in popularity over the past five years. Indeed, the Global Wind Energy Council predicts that, by the close of 2020, the total world installed wind turbine capacity will reach a whopping 817 GW, a 67.8 percent increase over 2016 levels.

However, with this growing acceptance comes a stronger focus on extending asset life and reducing operating and maintenance (O&M) costs. At present, O&M costs for a wind turbine are significantly higher than conventional power generation technologies.

This is hardly surprising given the complexity of wind generating technology. It has, for example, been estimated that the average wind turbine has around 8,000 individual components, many of these relating to the drivetrain. This is a major potential cause of extended downtime as wear and tear in moving parts (gearboxes and bearings in particular) results in the need for repairs.

Although these components don’t fail frequently, when something does go wrong, the costs can be crippling, especially if the turbine is located offshore. One way to mitigate these costs is to employ some form of predictive maintenance to ensure potential problems can be dealt with before they occur. That’s why vibration-based condition monitoring* systems are now widely used to assess the health of moving components in wind turbines.

The problem is that the complexity of vibration signals from components can make it difficult to detect wear or imbalance at an early enough stage for the maintenance crew to intervene. Mechanisms such as the main turbine, gearbox and generator produce unique vibration signatures, with different amplitudes and frequencies, but these can be difficult to isolate from each other and can be masked by noise from surrounding systems.

AEA works by progressively filtering out unwanted parts of the vibration spectrum until the signal of a bearing defect can clearly be seen. It is most commonly used in roller bearing systems, but can also be applied in areas such as electric motors and gearboxes. It is a two-stage process.

The first stage is to apply a band pass filter to the mix of low and high frequencies of a defective bearing’s unfiltered waveform. This isolates only the frequencies in which the signal of interest is hiding. The filtered output will identify repeating, high frequency signals. On paper, this process would be represented as a series of spiking energy bursts, these are the impacts from the rolling elements hitting the defect of the rotating bearing.

The second stage is to pass the filtered output through an ‘enveloper,’ which rectifies (or demodulates) the waveform by inverting the negative part to positive and extracts the repetition rate of the energy bursts. This ‘envelope’ is now used as a true vibration signal — helping it to stand out from the noise. The envelope helps to contain regularly spaced signals, such as a single defect on a raceway, but other causes of noise, such as shaft rub, are random — so will not produce evenly spaced peaks.

The data provided by AEA requires skill and experience to interpret. For example, the amplitude of a worsening condition can reduce over time. A novice might believe this is because wear has stopped. In fact, the imperfection simply becomes slightly smoother and the amplitude reflects that. A specialist would know the problem remains and the condition of the bearing is still deteriorating.

The second technique — TBT — also employs signal processing to enable periodic waveforms to be extracted from noisy signals. With this approach, the waveform is averaged in a buffer before the fast Fourier transform (FFT) algorithm is calculated. The FFT decomposes a signal into the frequencies that make it up, similar to how a musical chord can be expressed as the frequencies of its constituent notes.

In order to perform time domain averaging, a reference trigger pulse must be input to the analyzer to tell it when to start sampling the signal. This trigger is typically synchronized with an element of the machine interest.

The average gradually accumulates portions of the signal that are synchronized with the trigger and other parts of the signal, such as noise, are effectively averaged out.

So, the condition-based maintenance implicit in these two techniques can optimize costs by reducing unnecessary maintenance actions. Condition monitoring is the main resource for collecting data during regular inspections which is used to determine the best time for the effective maintenance actions. Sensors provide accurate data about the components and using these data to determine problems before they occur has been shown to improve the reliability of wind turbine systems.

Identifying defects in wind turbines early allows them to be tackled and prevents them from developing into more serious problems. This is where condition-based monitoring (CBM) can really help. Without CBM, maintenance engineers will only learn of turbine failure when overall vibration increases, lubricants are contaminated and temperatures rise. By this time, the damage might be extensive. At worst, bearings may fail and the machine could breakdown before operators notice or resolve problems.

Vibration-based rotating machinery CBM is the most commonly used fault detection method in the wind turbine sector. A vibration sensor, usually an accelerometer, is attached to a stationary location, such as the bearing housing, to pick up the vibration signal.

Accelerometers are fitted to key rotating parts in a turbine including the main bearings, planetary, intermediate and high-speed gear stages, the generator and ideally the nacelle traverse and axial movements.

Accelerometers should be selected based on the frequency of enveloping signals. For example, on wind turbine drivetrains (in particular, the generator output shaft), rotational speeds can be relatively slow and may therefore require the use of special-purpose low frequency AC accelerometers.

Each accelerometer is mounted securely on a solid base and as close to the component being monitored as possible. Data must be collected regularly and consistently to enable any change in operating conditions or trends over time to be accurately identified at the earliest possible stage. This can be done on-site using hand held data collectors, which feature software capable of automatically calculating acceleration enveloping, or are transmitted to a remote monitoring center for subsequent analysis.