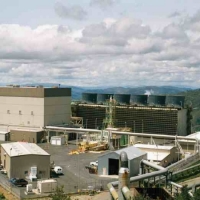 California, United States — Government preparations for geothermal land leasing and for project environmental studies are progressing in California, thanks to coordinated efforts by a host of federal, state and local authorities.

The U.S. Bureau of Land Management has auctioned off a new round of land leases in the state’s hot-rock region in the southwest and three new areas are being prepared for bids. Several more new areas are also being considered for future auctions.

Meanwhile the California Energy Commission recently published a project guidebook, or manual, on environmental review issues for projects being developed in the southwest desert regions.

Some 332,000 acres of land under Bureau of Land Management control in Nevada were auctioned on May 12 for geothermal exploration and development. Bidding went as high as $1,000 an acre, which Magma Energy, of Reno, paid for a Churchill County parcel.

Cheryl Seath, a geologist in the Bishop, CA office of BLM, listed he following western California land auctions that are expected soon:

Revenues from such geothermal land leases are distributed to the state, which takes 50 percent of proceeds; a reclamation trust fund, which commands a 40 percent share and a federal government cut of 10 percent.

California’s Renewable Energy Action Team — composed of the California Energy Commission, California Department of Fish and Game, U.S. Fish and Wildlife Service, and U.S. Bureau of Land Management — recently published an aid to fast-track geothermal project permitting in California’s Colorado and Mojave Desert areas.  The manual describes best practices for siting and designing a project, and particularly considers environmental impact, according to Mignon Marks, a contributor to the manual within the Energy Commission.

The manual, which addresses project development within the Desert Renewable Energy Conservation Plan (DRECP) area, “should be approved by June or July,” Marks said. In addition to renewable energy development on federal lands managed by the BLM, the manual also covers project permitting on private and state-owned land.

Following a first stakeholders meeting in late March, the final DRECP is expected in late May or June. The manual is part of the over-arching governor’s plan to expedite renewable energy facilities that contribute to a renewables portfolio standard of 33 percent by 2020.

Among controversial issues covered in the manual is the use of cooling water, which can be coupled with dry technology to reduce usage. The manual would also allow for a single comprehensive species study rather than individual studies for each species potentially impacted. It would permit developers to make payments in lieu of replacing species habitat elsewhere. The manual also calls for micro-seismic monitoring to avoid Basel-type follow-on earthquakes.

Until a few years ago the Bureau of Land Management’s conservation plan for the California deserts didn’t address geothermal projects. But to date, BLM has received around a dozen larger scale proposals and over 125 right-of-way petitions covering over a million acres of desert land, according to a recent analysis by Jeff Aardahl, the California Representative of Defenders of Wildlife’s California Program Office.

Around 300 MW of geothermal projects are in early stages of permitting across five areas of the California deserts now, and in the Salton Sea alone, another 2,000 MW are very possible, given the 650°F saline water temperature there, according to BLM’s geothermal project lead in California, Sean Hagerty. “And this is just the beginning,” he added.