On Wednesday in Manchester, New Hampshire a group of about 20 women from the NH chapter of the New England Women in Energy and the Environment toured the Amoskeag Hydropower Facility and Fishways, a 97-year old continuously functioning hydropower plant.

Project engineer with plant owner Central Rivers Power, Brent Sowle, showed the group around the 17.5-MW power plant, from the fish ladder and elevator to the turbines that generate the electricity. 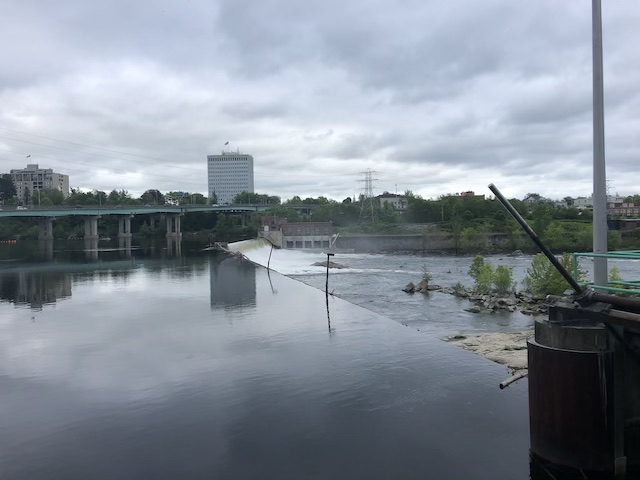 The dam (above) that holds the water that powers the plant was built almost 200 years ago and originally supplied water to all of the factories in the historic mill town of Manchester, NH.

On the day of the visit, the turbines were generating at full capacity and river herring were running up the ladder (below) on their way to spawn in New Hampshire lakes and rivers. 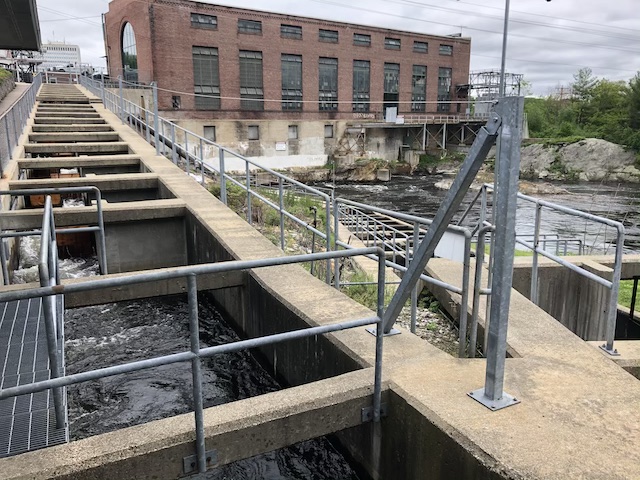 Ryan McQueeney, CFO for Hull Street Energy, the private equity firm that owns Central Rivers Power as well as other power generation assets, said that one thing that keeps him up at night is the safety of his workers.

“Cause if they are not safe, then we’re not running, and that’s the most important thing to me and the firm,” he said in an interview after the tour.

And after safety, comes reliability, he said.

“Making sure the units are on and reliable. The more they are available, the more we can generate.”

In all, Hull Street Energy owns 14 hydropower assets and 7 gas-fired power plants. McQueeney said that 9 of the hydropower plants, including the one that was being toured, are located in New Hampshire and managed by a team of 20.

The plants themselves are automated so there is 24-hour monitoring but that takes place off-site.

“If something bad happens, like a unit trips, most of the people live within 20-30 minutes of the station so it’s not a huge deal,” said McQueeney, adding “but we haven’t had too many [incidents] like that.”

From utility to private ownership

Hull Street finalized its purchase of the power plants from Eversource in August 2018. They were the last generation units that the utility owned – having been directed by the Public Utilities Commission to deregulate in 2015.

McQueeney said that Hull Street kept everyone on board after the acquisition, which was comfort to the workers. He said they were “really nervous” about having a new owner.

“I think they have become less nervous because we are sharing information with them, so they understand how many megawatts and how much revenue they are producing,” he said.

McQueeney thinks that’s important for a couple reasons. First, when they worked for the utility, all the power they generated just went into the rate base and the plant workers weren’t even aware of what they were making in terms of energy or money. But now that the asset is owned by a private firm, he believes the transparency helps contribute to a sense of job satisfaction. 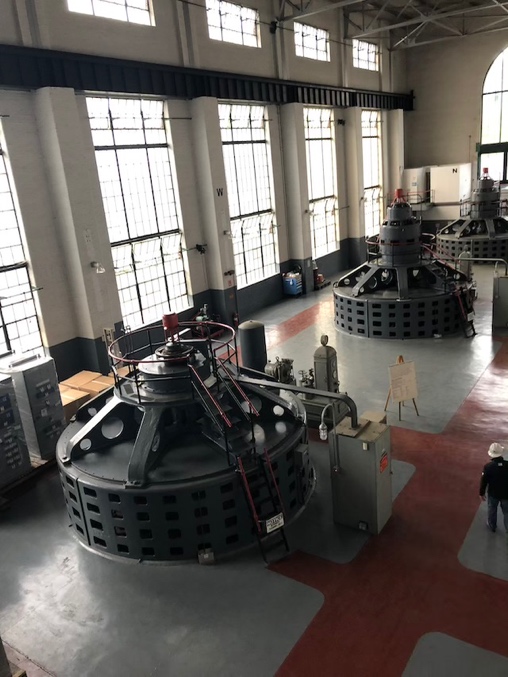 “Wherever I worked, the more information I got, the happier I was and the more understood what we are doing,” he added.

McQueeney lives in Maryland but he makes frequent trips up to New Hampshire to visit with the guys. He said the company CEO, Todd Wynn, does the same.

“We encourage them to give us feedback on what they are doing because they’re [the ones] doing it,” he said, adding that “if they see something that could be more efficient, we want them to tell us.”

Of the 20 people that work on the hydro assets, 19 are men. The one women involved works in accounting. Hiring more women to work in the plants is important to McQueeney but he said they can only pull from the people who come to them and so far, that’s only been men.

“It is unfortunate because the industry could do very well diversifying,” he said. “Part of that is not looking like each other and not being from the same area.”

McQueeney, who has two daughters, believes his firm needs to “think outside the box” in terms of recruitment for open positions. He plans to take his daughters to power plants this summer to expose them to power generation.

Overall, McQueeney said he’s pleased with the hydropower fleet that he now oversees. A wet fall and spring have meant that the fleet is generating at full capacity. 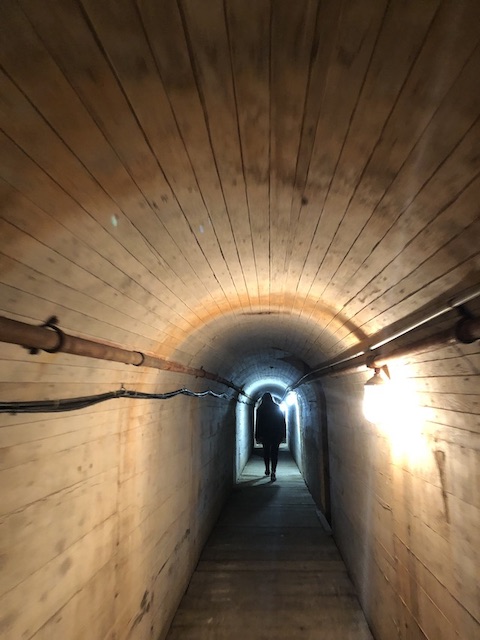 The 100-year old tunnel under the dam

“We’ve been lucky with the water, frankly,” he said. Adding, “We’ve tried to take care of the team, you know when you make a lot of money you want to make sure your guys are taken care of.”