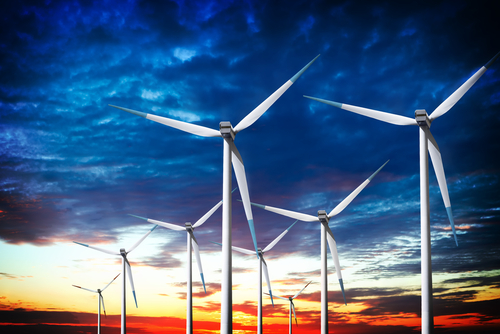 In January 2013, Comfrey filed a second petition for a two-year extension of the power purchase agreement and construction deadlines in its site permit. Comfrey stated that continuing interconnection delays and uncertainty over whether Congress would extend the production tax credit had made it impossible for the Company to move forward with developing the wind farm. In May 2013, the commission amended Comfrey’s permit to allow the Company another two years.

On June 16 of this year, Comfrey filed a petition for a 19-month extension of the power-purchas-eagreement and construction deadlines. Comfrey stated that a lack of development capital and uncertainty over whether Congress would renew the production tax credit in 2014 had prevented it from completing the project. On July 6, the Minnesota Department of Commerce, Energy Environmental Review and Analysis (EERA) filed comments recommending that the commission revoke Comfrey’s site permit. EERA maintained that Comfrey had violated at least two material terms of its permit: the requirement that the company hold a preconstruction meeting with EERA; and the requirement that the company notify landowners of changes to its permit made as part of the 2013 amendment.

On July 14, Comfrey asserted that landowners had been notified of the 2013 permit changes but acknowledged that it had failed to meet with EERA before beginning construction in December 2014. Comfrey asserted that the construction done to date was de minimis and needed to be completed quickly to secure favorable tax treatment. On Aug. 27, the matter came before the commission.

Said the Oct. 6 order: “The Commission concurs with EERA that Comfrey’s site permit should be revoked because Comfrey has violated a material term of the permit. The permit requires that Comfrey participate in a preconstruction meeting with the EERA ‘to review pre-construction filing requirements, scheduling, and to coordinate monitoring of construction and site restoration activities’ and file a summary of the meeting within 14 days. This requirement is material—it is designed to ensure meaningful regulatory oversight of construction and site-restoration activities. Comfrey acknowledged that it began construction in December 2014 without holding a preconstruction meeting but asserted that only de minimis construction took place. However, the site permit does not distinguish between different levels of construction; it requires a meeting ‘[p]rior to the start of any construction.’ Accordingly, Comfrey has violated a material term of its permit, and revocation is appropriate.”