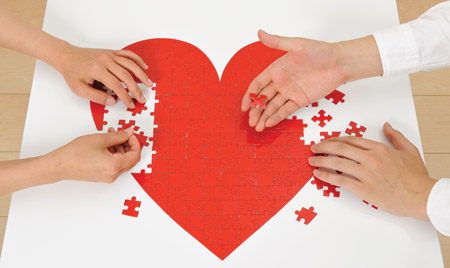 The reasons for the deals are clear. Solar developers need money to build projects and rather than going to the bank again and again with deal after deal, it makes sense to have a financing partner and a set of criteria you need to meet already in place so that you can be sure the money will materialize when you need it.

Indeed, as the industry continues to mature and especially in light of a 10 percent ITC set to go into effect at the end of 2016 for commercial projects, finding a secure, reliable financing partner may just be what makes or breaks a solar developer or EPC company.

Getting Squeezed from Both Sides

Scott Wiater, president of Standard Solar, explained that in the traditional third-party ownership model his company was getting pinched on either side of their deals. Basically Standard Solar would develop a project for a host, such as a municipality or a corporation, and then set up financing with another entity. “We would go to somebody like NRG or Washington Gas and Electric and we would basically develop and build the project,” he said, adding “since we are a developer and also an EPC we would [then] package that up and partner with somebody like SunEdison who would finance the project and then we would provide the O&M on the backside.” Wiater believes there isn’t anything wrong with this approach and projects will continue to be structured like that going forward.

For Standard Solar, however, problems were starting to arise. “Just being in the middle of that transaction we were getting squeezed both on the customer side – the host side where we have to come up with the low PPA rate – but also on the financing side where the financing companies are putting more and more of the risk back down on us as the EPC while they are enjoying their return with less risk.” 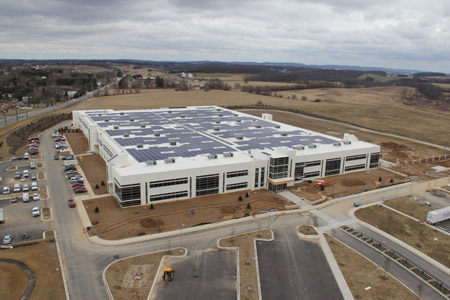 In an effort to fix this issue, Standard Solar went out and sought project finance partners. “We decided that to create more shareholder value we should develop our own fund in house and that is what brought us to where we are today.”

In early July, Standard Solar announced a brand new $250 million fund comprised of construction debt, term debt, tax equity and sponsor equity. The fund is the first of its kind in the C&I (commercial and industrial) space and will enable Standard Solar to close projects more quickly, efficiently and with lower costs. “We brought in the whole capital stack so we have a debt provider that provides the construction debt which then flips to long-term debt when we place it in service and we have a tax-equity investor that provides all the tax equity,” Wiater explained. What’s more, because there are three partners involved, Standard has more flexibility going forward. “Because we control so much of the deal, we have several levers we can pull to be very competitive: whether that is our asset management fee, our O&M fee, our EPC fee, we have many pieces of the pie that we can get aggressive on,” he said.

Matt Wright is senior vice president at National Cooperative Bank (NCB) and oversees the bank’s renewable energy group. NCB has been lending money into the solar industry since before the crash of 2008 and is on track to lend upwards of $400 million into the solar space by the end of this year. He explained that for NCB, the commercial solar space offers attractive, stable returns. After the 2008 crash, Wright said the market was “lumpy” and his group didn’t put any money into the market, but once the crisis was over that changed. “When we came back, we looked at all of our businesses and said ‘you know, the solar line of business has been rock solid. It’s been great.’ So we just started making a renewed commitment to it,” he said.

Wright said he primarily finds companies to work with through word of mouth and that once he finds a reliable partner, he tries to do repeat deals. “We try to find a couple of developers a year that we can work with and try to achieve scale,” he said. NCB has been working with Strata Solar to build projects in North Carolina with Duke as the offtaker. To date they have done about 30 deals together, he said. “We have a great relationship with them,” he added. “Those are the kinds of things we try to duplicate.”

Wright meets potential partners at shows or through word of mouth. “Chances are you would meet me at a conference or you would hear me speak,” he said.

While it isn’t as simple as Match.com, Wiater likens finding a financing partner, especially for a huge deal like the one Standard Solar just announced, to courting. “There’s a dating period where everybody gets to know each other and then [if] the chemistry is there, we decide to go to the next step and get engaged,” he said. It’s during the engagement that all of the due diligence takes place, which is a very long, very costly process. “We think it’s going to cost just in legal expenses somewhere in the neighborhood of $800,000,” he explained.

Robert Banaski, chief administrative officer with Admirals Bank, which provides financing for residential solar projects agrees that large deals take a long time to execute. For example, in 2014, the bank announced a $200 million financing commitment that would be available for SunPower’s residential solar customers. The deal was the product of “a series of meetings to investigate SunPower’s needs and couple them with a financing product,” he explained.

According to Banaski most solar installers are able to offer Admirals financing to their customers. Further, Admirals has a channel program that allows pre-qualified solar installers to offer its Fast Track Loan Program to potential customers much in the same way car dealerships offer financing to car buyers. Installation companies that may not fit the criteria for the fast track program can still offer their customers financing through the FHA Title I program. “What is nice about our loan programs is we have a wide array of product offerings that meet the many needs of our customers throughout the country,” Banaksi said.

On partnering, Banaski said a conversaton might take place between the bank and the dealer on the bank’s product suite, to determine which one would fit with the dealer and its customer base. With Admirals there is a national business development team that seeks potential solar companies to do business with. “We have a large account team both inside, and outside, the organization that develops new business opportunities,” he said.

Banaski, Standard Solar’s Wiater and NCB’s Wright all agree that attending conferences and networking are extremely important for making connections in the solar industry. They also agree that solar growth won’t be throttled anytime soon. Wright explains, “you know we’re just excited about this [the solar industry] as a bank.” Once other banks or large insurance companies who might want to purchase loans from NCB get over their initial concerns about solar, “they realize that once it’s up an running, there is very little risk,” he said, adding, “if it was engineered properly and you are working with reputable developers, installers and managers, these things are just built to work. And long term.”