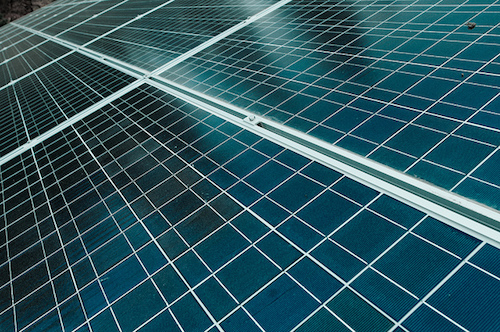 The managing director of SMA South Africa, Thorsten Ronge, told Renewable Energy World that the first phase of REIP was “very well controlled and monitored in terms of objectives and completion dates.”

“There were not too many projects in the round one REIP, which made controlling much better, with the main focus on reliability of products and ultimately the production of PV electricity,” he said.

SMA South Africa is a subsidiary of PV system technology solutions provider SMA Solar Technology AG, the German-based supplier of solar PV inverters. Some of the solar plants that SMA supplied inverter systems to include the completed 75-MW Kalkbult and 40-MW Linde solar plants, both developed under the REIP.

Under REIP, the Energy minister allocated 8.1 GW of renewable energy — mainly solar PV and wind — for development by the first half of 2016. At least 6.3 GW of the projects have achieved preferred bidder status, with 4 GW reaching financial close and signing power purchase agreement with Eskom by the end of June. At least 1,040 MW of solar PV projects were operational and fed energy into the grid by the end of first half of 2016.

Although Eskom, the state-owned power utility, did not immediately respond to a request for information on its requirements for system documentation and commissioning testing, the global standard practice, especially in Europe and North America, where many of the solar PV plant developers under REIP come from, requires inspection and testing of the PV system before it is handed over to the owner or it goes live.

Global test solutions provider Seaward Electronics, which is not directly involved in any REIP projects, said that for any solar PV system to meet international safety requirements, the installers have to verify and confirm the system’s data, wiring diagram, data sheets for modules and inverters, mechanical design details, and commissioning data.

In South Africa, Andries Vorster, SMA South Africa project manager told Renewable Energy World, all solar PV residential and commercial PV installations are done in accordance with guidelines provided by Nersa and which focus on “standards and procedures pertaining to grid connection and feed in.”

Vorster said the solar PV commissioning processes in South Africa involve connection of all the system’s components, which are then connected to the substation with “each AC block getting tested independently for connection or isolation problems as well as compare product datasheets and certificate information with current on-site output levels.”

He added that “SMA’s service team is on-site during this phase to ensure that all aspects of the AC block comply with the SMA scope and output requirements.”

According to Vorster, each of the solar PV project EPC under the REIP “has its own engineers that design and confirm output levels and make sure that all comply with Eskom’s requirements.”

To build confidence in the commissioning process of the solar PV system and the clean energy technology itself, stakeholders in the project, such as the customer and the PV plant owner, “would also have engineers who ensure that what the EPC engineers worked on are in actual fact what is on-site,” he said.

Vorster added that, “once the plant engineers are satisfied with all the product certificates, site connections tests and output levels, they allow connection to the grid but the actual plant only gets signed off at a later stage once the plant has been operating for a certain time frame.”