LONDON — A solar PV project has been built in Italy without recourse to subsidies for the Ikea Group on the rooftop of a new commercial store in Pisa, Tuscany. 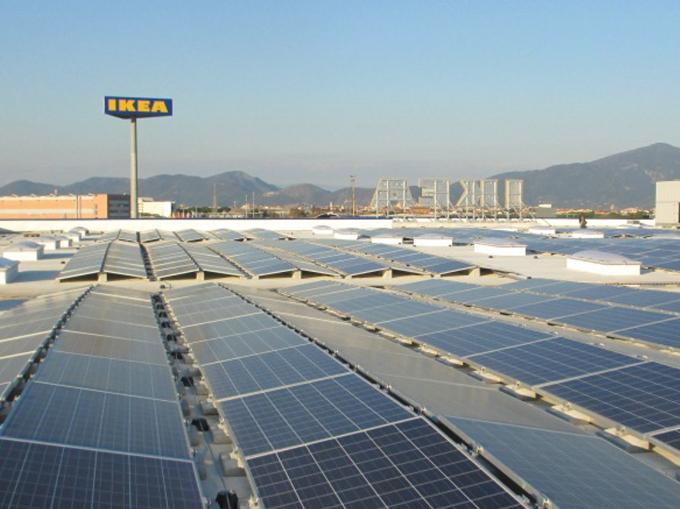 According to its developers, Martifer Solar, it is one of the first unsubsidized solar power plants in Italy. With approximately 2,700 polycrystalline modules installed on fixed structures, the project has a total capacity of 696.15 kWp.

Martifer Solar was responsible for the EPC (engineering, procurement and construction) and for the subsequent Operation and Maintenance (O&M) service.

Power generation from this PV project will be at a Levelized Cost of Electricity (LCoE), which is equal to or less than the price of electricity being sold from the grid.

“This achievement means that solar energy is as cost-competitive as any other energy source in Italy and principally, without subsidies. The solar industry is approaching grid parity in an increasing number of places worldwide,” said Henrique Rodrigues, CEO of Martifer Solar.

According to Valerio Senatore, General Manager of Martifer Solar in Italy: “This is a solid proof that grid parity in Italy is now a reality.”

Analysts at the Deutsche Bank predicted in a 2013 report that markets such as Italy and India would see a transition from feed-in-tariffs to “sustainable” markets with a surge in grid parity projects within a year.