Entering into exclusive negotiations, Gamesa says the move will accelerate offshore wind development and allow the venture to become a leading global player in the offshore wind arena. They state this is one of the most promising areas for the development of renewables over the next decade, particularly in the coastal countries of northern Europe, where the installed base should reach over 25 GW by 2020.

The joint venture is expected to focus on three key areas: innovation and investment in R&D; industrialization and supply chain development; and efficient onshore practices.

The companies’ claim that significant synergies should result, combining Areva’s offshore experience, for example at the Alpha Ventus research project off the coast of Germany, together with Gamesa’s technological capabilities in onshore and strong capacity for industrialization. 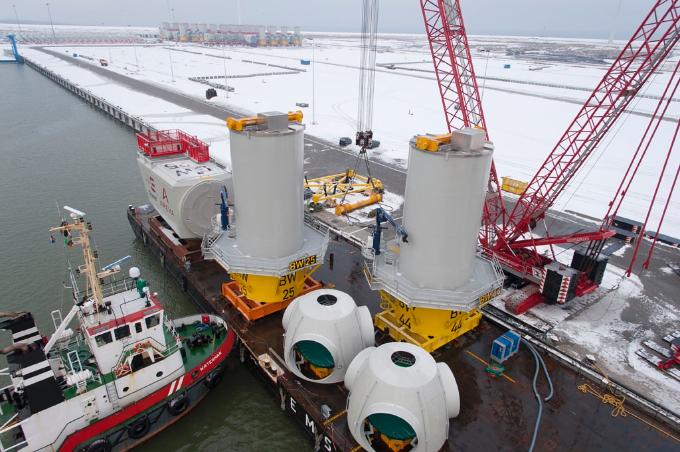 According to a statement, the two will pool personnel and offshore wind-related technologies and assets to the JV, for example Areva’s Bremerhaven (turbine assembly) and Stade (blade manufacturing) plants in Germany, as well as offshore wind technology and commercial contracts.

In addition, the JV will enter into a preferred supplier agreement with Gamesa for some key components.

The definitive agreements concerning the creation of the JV will be signed within the next few months following final negotiations.

Ignacio Martin, Chairman of Gamesa commented: “This joint venture will pave the way for the creation of a leading and cutting-edge company in the offshore segment with know-how across the end-to-end wind energy value chain.”

Ursula Guerra, Communications Director at Gamesa explained that the venture intends initially to market Areva’s existing 5-MW machine, the M5000, but over the course of the agreement they plan to launch a number of new machines: “We want to develop a new 5-MW machine and then in the longer term an 8-MW machine, only for offshore.”

However, with the joint venture agreement not expected to be signed off until the summer, timeframes for these developments are still uncertain, Guerra explains.