San Diego, Calif. — Japan has installed almost 11 GW of photovoltaic (PV) capacity in just two years after the introduction of the feed-in tariff (FIT) program. This amount is equivalent to twice as much as the cumulative capacity installed over the two decades before the FIT. Besides over 16.5 GW of installed PV capacity, Japan has close to 70 GW of reserved PV capacity under the FIT as of July 2014. 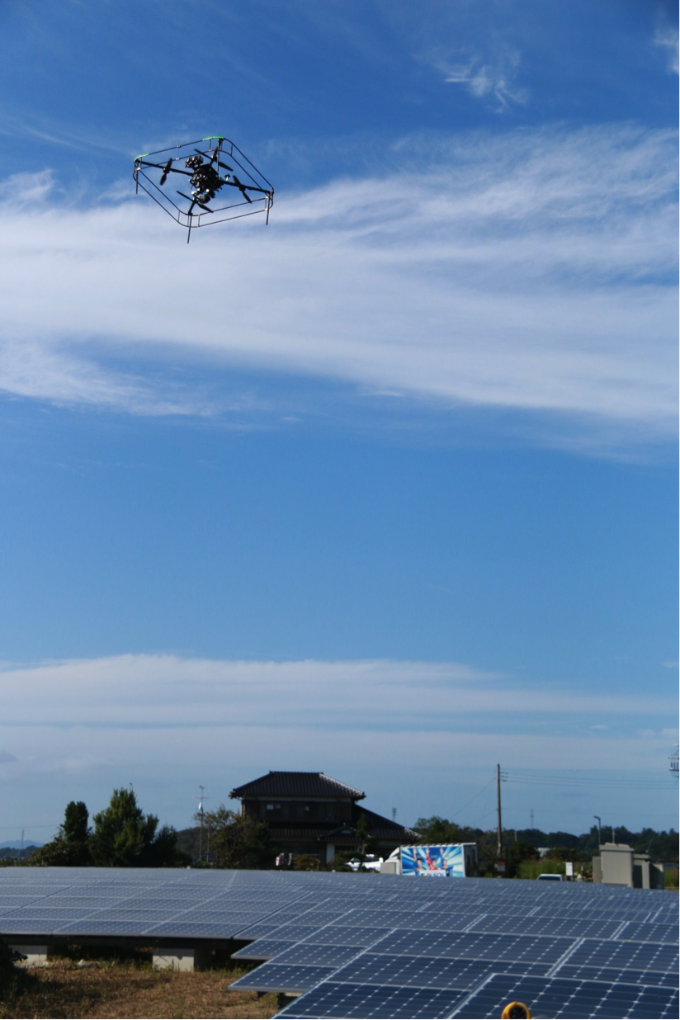 To meet the growing O&M demand cost effectively and efficiently, Japan is turning to high-tech gadgets.

ALSOK’s solar customers approached the company and asked whether it could provide module inspection services as well. Having developed security robots, the company expanded its expertise into “flying” robots — unmanned aerial vehicles (UAV), otherwise known as drones — to conduct panel inspections from the air. 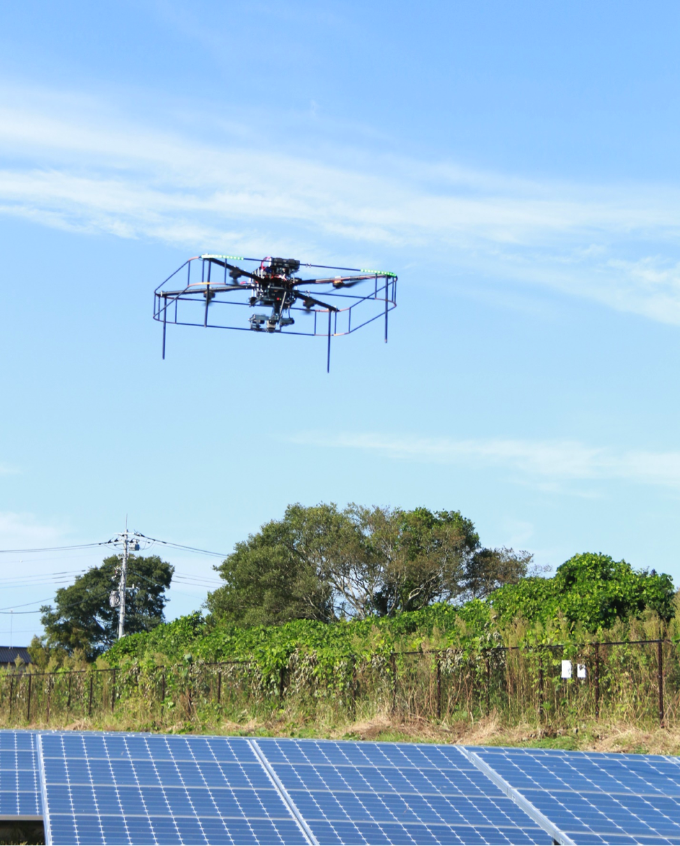 ALSOK launched the testing service with drones in October for its existing customers who subscribe to its PV security monitoring services. Using a drone is a cost competitive alternative to taking aerial photography from a helicopter or using manual labor to conduct inspections in –large, remote fields.

“It takes 15 minutes (for a drone) to fly over a 2-MW system to collect necessary data for inspection while it will take about three hours to check 2 MW worth of modules by hands,” said Fujisawa. With a fully charged battery, a drone can fly for about 25 minutes and the company currently charges ¥200,000 – 300,000 for one fly.  The company will make this service available to any customer, including wind projects, starting April 2015. 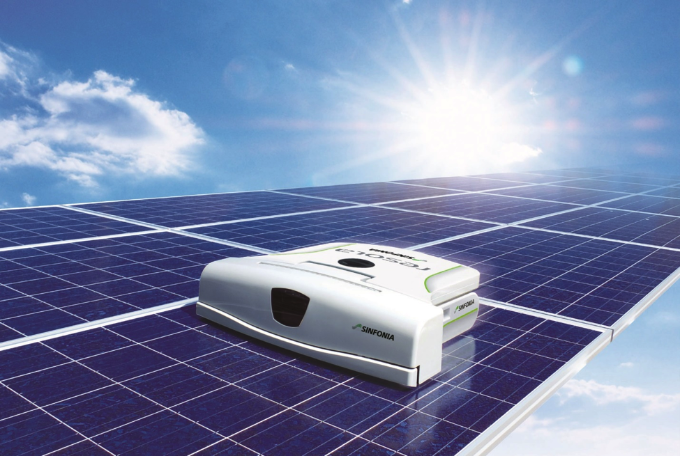 Even in Japan where there is a reasonable amount of rainfall, solar modules still gather dust, dirt, and other debris that can block sunlight and reduce electricity generation. “Dragonflies lay eggs on PV modules, seeing blue PV modules as water,” said one PV project developer in Japan. This misdirected instinct can cost PV owners unless modules get cleaned up in a timely manner to ensure maximum productivity.

Bird droppings also pose a serious risk. “During cold seasons, waterfowls land on PV modules to warm up themselves and leave some droppings. When it doesn’t rain, droppings get dried out and stay on modules,” complained another project developer.

Sinfonia Technology has over 100 years experience in developing electric machinery, from printers to aerospace power generation systems, and has applied its mechanical expertise to develop the autonomous cleaning robot with water, which cleans not only loose dirt and debris, but also stuck-on messes like bird droppings.

Resola is approximately 26 inches (670 mm) in width, 21 inches (545 mm) in depth, and 6.8 inches (173 mm) in height. “It weighs less than 44 pounds (20 kg) so that one person can carry it easily,” said Koichi Dakimoto at Sinfonia. It runs on a rechargeable lithium-ion battery and a full charge equals about five hours of operation time.

The robot cleaner is currently targeted for ground mount systems at tilt angles of 5-20 degrees and applicable only for mono- and poly-silicon solar modules. Like Roomba, it has a self-navigation system. Resola’s infrared sensors allow it to climb up the slope from the bottom of the system, detect edges (or cliffs), and continue moving horizontally and then down the surface of the system, without falling.

Furthermore, to prevent Resola from slipping from the sloped, wet module surface, its wheels are covered with non-slip rubber like shoe soles.

Resola cleans solar modules with a spinning brush and squeegee, which moves like a windshield wiper blade. It moves from the top to the bottom of the slope so that debris and dirty water are gathered at the bottom.  A tank holds up to 2.7 liters of water, which can cover about 246 square-feet or 45 modules on average. “The cleaner comes with three settings: Under the hard-scrub setting, the tank lasts for about 30 minutes while 90 minutes under the gentle-scrub setting,” said Dakimoto.

When the battery power level or water level become low, for safety, Resola is programmed to move down to the bottom of the slope and waits for the battery to be exchanged or for the water tank to be filled. The company is currently marketing Resola exclusively for the domestic market.

As the number of PV installations has significantly increased in such a short period of time, project developers have come to realize that PV is not maintenance free and it can cost a considerable amount of money to keep the system shipshape and operating at the maximum level.  In the growing Japanese PV market, cost-effective and efficient O&M tools and services will have a significant role in minimizing O&M costs while maximizing production revenues.