LONDON — Across the world, from east to west, the provision of wind power is increasing dramatically with, for example, China and the U.S.A. producing the first and second largest volumes of wind power respectively. So what must wind turbine suppliers and engineers do to ensure that the ever-increasing demand for wind power is satisfied?

One of the biggest concerns in the construction of wind turbines is the reliability of the gearbox. Changing a gearbox is typically a lengthy and extremely costly exercise, so extending and optimising these parts is a prime concern for owners, operators and manufacturers. In the current wind power climate, the improvement of gearboxes is a key issue because turbines will become larger to increase performance and meet the rising targets that governments are hoping to attain. The extreme engineering challenge posed by the wind and the difficulty in properly assessing the loads that pass through the gearbox have led some manufacturers to reduce the number of moving parts in the wind turbine. The upside of this is that there are fewer components to malfunction; the downside is that these gearboxes are more expensive.

Hydraulic systems represent a substantial part of each turbine, for example being used for yaw, pitch control and brake control, so it is important that both operators and prospective maintenance providers are aware of the potential problems that could arise as various parts wear, and how to implement an effective predictive maintenance programme.

Equally important is the development of critical systems that are as robust, reliable and long lasting as possible, to minimise failure and wear rates and reduce the need for routine maintenance. In addition, there is a growing need to minimise the amount of maintenance that is carried out at the top of each turbine tower by modularising key operational units and/or moving them to ground or sea level. When the factory floor is 80 metres in the air, a stroll around the deck to inspect the equipment is not a viable option and it is here that precision monitoring and control can reduce repairs to a minimum and significantly extend times between scheduled maintenance. The reduced need to access wind turbines not only improves cost efficiency but also offers benefits for the health and safety of key maintenance personnel. 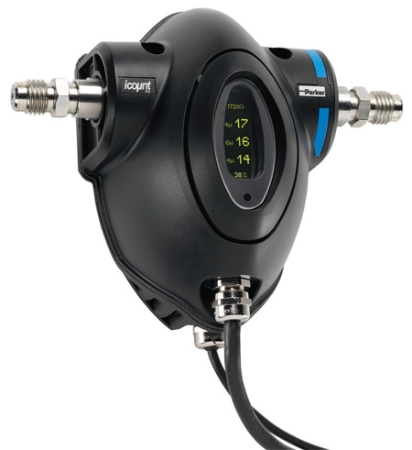 The goal is to design wind turbines that operate at optimum efficiency, while requiring as little manual intervention as possible. In order to achieve this, many turbine manufacturers are turning to the latest generation of hydraulics technology that has been specially developed to meet the specific requirements of modern wind turbine manufacture. For example, turbine producers are increasingly integrating the latest hydraulics technology from companies such as Parker Hannifin into nacelles to control the pitch of the blades and the yaw of the nacelle. This innovative use of technology maximises the power generating efficiency of a wind turbine and, just as importantly, protects the equipment in high winds.

To optimise output, hydraulic cylinders are being used in pitch control systems, allowing the angle of the rotor blades to be varied quickly and precisely through a cam action. The blades are either turned into the wind to increase the rotational speed if the wind speed falls, or out of the wind if wind speed increases. This is typically achieved by installing three pitch control systems in the hub of the turbine, one for each blade.

Efficiency is likewise enhanced by enabling continual adjustment of the yaw, or rotational position of the nacelle. In the same way that output is optimised by tilting the angle of the blades so that they are facing into the wind, the nacelle too must be rotated about its vertical axis in response to the changing wind direction.

However, all of these enhancements can only deliver their full potential with adequate protection. It is important to remember that the hydraulics must be protected from potential particulate and water contamination, the primary cause of failure in lubricated and hydraulic equipment. Indeed, it is vital to employ a range of effective filtration and condition monitoring solutions if consistently reliable operation and minimised operating costs are to be achieved.

Operation and maintenance costs constitute as much as 25 percent of the total cost per kWh of power generated over the lifetime of the turbine, a fact which has been noted by both manufacturers and operators. As a result, O&M costs are attracting greater attention, as manufacturers attempt to lower these expenses significantly by developing new turbine designs that require fewer regular service visits and less turbine downtime. With so many countries aiming to increase their provision of wind power, governments will eventually need to begin reducing subsidies for their wind power plans to be taken seriously and so making savings in costly areas such as O&M is vital to the credibility of the industry. 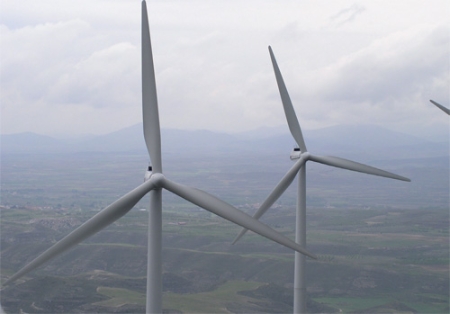 However, this is easier said than done. The costs for repair and related spare parts are difficult to predict and tend to increase as the turbine gets older. Nonetheless, owing to the relative infancy of the wind energy industry, relatively few turbines have yet reached the end of their life expectancy of 20 years and, consequently, information on the needs and requirements of ageing turbines is limited.

Bearing in mind these limitations, let’s look at what we know can be done. One way for operators to insure themselves against a series of gearbox failures — which are responsible for the majority of turbine stoppages — is by employing effective inline filtration technology. This is essential in order to capture particles before they reach sensitive components in all large capacity turbines, including those that have alternative methods of pitch and yaw control, such as electromechanics. With turbine gearboxes required to gear up the low speed input shaft to provide a high speed output for the turbine, the filtration for both lubricating and hydraulic fluids is crucial.

Where hydraulic control systems are used, effective filtration technology is especially important, extending maintenance intervals and increasing the reliability of pitch and yaw systems. A comprehensive range of filtration technology has been developed specifically for filtering out particulate and water contamination from hydraulic fluid to just a few microns. The use of this technology is vital to eliminate the risk of precision engineered system components, such as cylinders, accumulators or valves, suffering from reduced performance levels and premature failure, which can ultimately reduce the efficiency of the wind turbine and raise costs for operators.

However, care must be taken when designing and specifying filtration systems in order to prevent restricting the fluid flow and thus, reducing the efficiency of the hydraulic circuit. By correctly sizing these devices to accommodate the overall operating conditions, it is possible to eliminate the risk of any pressure loss across filters and the associated problems, such as increased energy consumption and heat generation. 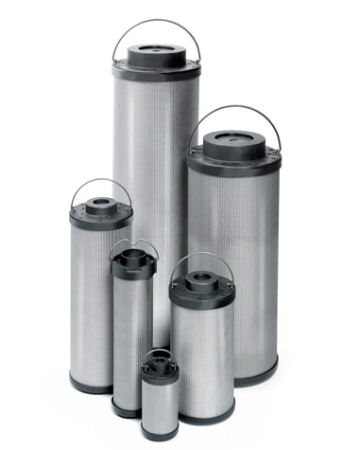 The wind power industry is also driving engineering development in other areas. For example, leading manufacturers of filtration systems for wind turbine hydraulic machinery are constantly evolving and refining the design of their equipment in order to maximise their performance. Modern filter materials now offer unrivalled strength and dirt holding capacity, while also reducing resistance to flow following recent advances that have resulted in modifications to the composition and construction of standard glass fibre materials. For example, Parker’s Microglass III material has been developed to reduce dynamic pressure across the filter by eight percent while improving contamination loading by 15 percent, when compared with conventional filter media.

To offer another level of defence against contamination, particle counters can be used to monitor condition, either via portable units or in-line components. The latest fluid filtration technology is highly effective in removing contaminants from hydraulic systems, but it is still advisable to consistently record and monitor contamination levels using particle counting technology in order for essential maintenance to be scheduled before damaging problems occur.

The latest portable analysers, such as Parker’s icountPD, use a technology called light obscuration to quickly and accurately measure contamination levels in hydraulic fluids. Such devices can also be built into the hydraulic system, including the lubrication or power transmission circuit, along with remote monitoring devices to provide end users with a real time measurement of solid contamination levels in accordance with ISO cleanliness codes. This particular device can identify particles down to 4 microns, providing an early warning of wear and potential component failure, as well as the option for integral moisture sensor to detect water contamination without requiring a separate unit.

Clearly, the multiplication of wind turbines across the globe will correspondingly trigger a massive increase in the demand for maintenance and, depending on the operation, this will be carried out in different ways. As increasing numbers of wind turbines move out of their manufacturers’ warranty period, more and more third party maintenance engineers will be required to provide independent advice to wind farm operators.

In particular, third party technical capacity will be required for component inspections, repairs and refurbishment, especially for critical parts such as gearboxes and blades. This underlines the need for components that optimise systems, since too much scheduled maintenance can be expensive and, in some cases, outweigh the cost of the problems it seeks to prevent.

The future for wind power is strong but nevertheless unpredictable. How big a share will wind take in the coming decades? And how will that wind be provided? So far there seems to be no established technical limit on turbine size. The first giant offshore turbine, named Britannia, will be complete by 2012, its three 30 ton blades sweeping a 30 meter circle from atop a 175 metre tower are expected to produce 10 MW of power. The engineering demands on such a project are colossal and, with global demand for renewable energy on the increase, it is essential that the technology designed to monitor and control wind turbines leaps forward, and that engineers are aware of the changes. This is an exciting time for wind power and a time to be open and willing to grasp new possibilities.