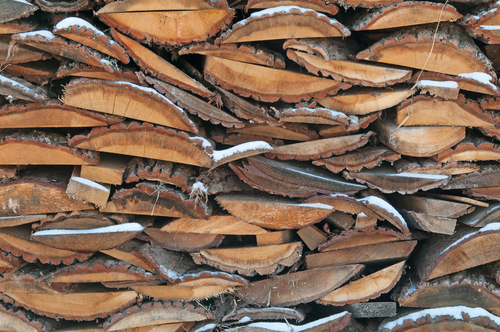 On February 2, Senator Susan Collins (R-ME) offered an amendment  (S.A. 3140) to the Energy Policy Modernization Act (S. 2012) that would seek to harmonize the administration’s approach on biomass. If passed, the measure would provide significant clarity to states on the inclusion of biomass as they craft state compliance plans under the Clean Power Plan. Biomass feedstocks, such as wood and agricultural wastes, could be used to produce electricity, co-fired with coal, or utilized in applications such as combined heat and power (CHP) or small-scale district heating applications.

The Clean Power Plan (CPP) mandates an overall reduction in carbon dioxide (CO2) emissions by 32 percent, by 2030.  While EPA specifically sanctions the use of “qualified biomass” as a CO2 reduction mechanism in the CPP, the agency has provided little clarity on the topic. Subsequently, states and the biomass industry have struggled to identify what feedstocks will be eligible, and what types of monitoring and reporting will be required by regulated utilities that utilize biomass.

EPA policies had previously been supportive of considering biomass feedstocks as carbon neutral, but under the 2010 Tailoring Rule, biogenic and fossil CO2 sources are treated the same. Therefore, to utilize biomass, a complex accounting framework must be established to verify that the use of a particular biomass feedstock will not contribute to CO2 emissions. That work is currently underway by the EPA’s independent Scientific Advisory Board.

It’s still unclear what type of information will be needed for states to verify that the use of a particular biomass feedstock will not contribute to net CO2 emissions.  While regional and private efforts are currently underway to assess the biogenic carbon emissions from particular biomass feedstocks, this effort is time consuming.  The overarching concern from stakeholders is – what information is required to be reasonably assured that plans including biomass will be approved by EPA, and can it be done in time to include in state plans?

Industry, many foresters, and forestry scientists have long sought a carbon neutral designation for power sourced from woody fuels, so long as forest stocks are stable or increasing. They argue that not only does the science support this theory, both the U.S. Forest Service and the Department of Energy, as well as international climate bodies, support biomass as carbon neutral.

Senator Angus King (I-ME) floated a bill last summer that would have done just that, but it gained little traction after a Statement of Administrative Policy stated that it contradicted ongoing work of the SAB. SAB is still finalizing the Framework for Assessing Biogenic CO2 Emissions from Stationary Sources, and it appears unlikely that it will impact the CPP at this point.

The Collins amendment goes further, not only in calling on the administration to harmonize biomass policies and to recognize biomass as carbon neutral, but to also encourage forest management to improve forest health and to recognize state initiatives using biomass. Doing so would likely make the state’s process of considering biomass much simpler, if a complex evaluation of biomass emissions is not required. Many states already sanction the use of biomass in state level Renewable Portfolio Standards (RPS), as well as having state sustainable forestry plans.

The amendment passed on a voice vote; co-sponsors were Senator Amy Klobuchar (D-MN), Angus King (I-ME), Kelly Ayotte (R-NH), Al Franken (D-MN), Steve Daines (R-MT), Mike Crapo (R-ID), and James Risch (R-ID). In July, 46 Senators signed onto a letter to the Secretaries of Agriculture, Energy and the Administrator of EPA, asking them to “ensure that federal policies are consistent and recognize the carbon neutrality of forestry bioenergy.”

On Thursday, the Senate failed to muster enough votes to bring discussion of the bill to a close, the main sticking point is disagreement over support for the Flint Michigan water crisis.  Senate leaders expect to work through the weekend on the Flint issue, with a cloture motion expected early next week.

This article was originally published by the Environmental and Energy Study Institute, and was republished with permission.