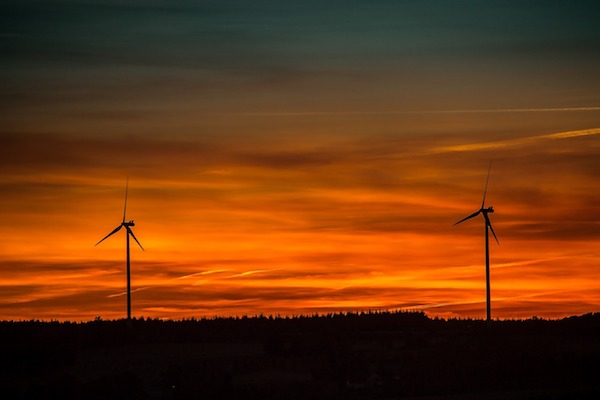 According to data released by the National Energy Administration of China, the country added wind power grid-connected capacity of 3.94 GW during the first quarter of this year, a year-over-year increase of 12 percent. The country’s average wind curtailment rate had decreased to 8.5 percent as of the end of the quarter, down 8 percentage points from a year earlier.

Related: Wind Power Curtailment in China on the Mend

In regions where the State Grid Corporation of China has a presence, wind curtailment decreased 53 percent or 11.2 percentage points while that of solar dropped 32 percent or 6.1 percentage points year on year, laying a good foundation for the country’s goal of maintaining an average curtailment rate for wind and solar combined under 9 percent for the whole year 2018.

The State Grid Corporation of China traded 18.9 billion kilowatt-hours of renewable and alternative energy, referred to in China as “new energy,” between provinces and regions for the first quarter of this year, an increase of 65.2 percent compared to the same period of last year.

To keep the wind curtailment rate under 9 percent in 2018, China has continued the sustainable and friendly clean energy absorption policy. The country kicked off new energy market-oriented trading mainly in two forms: the nearest absorption of distributed energies, which participate in regional electricity market trading, and the interprovincial and interregional transactions, which aim to rebalance the availability of energy when an imbalance between regions occur, as well as to spread the ability to rebalance over a larger geographical area.

The National Energy Administration issued the notice on lightening the burden on firms in the renewable energy sector in April, introducing several measures to help firms in the sector dispose of non-technological costs in clean energy industries, including wind and solar. Non-technological costs include wind power resource costs illegally collected by regional governments, other investments connected with wind and solar resources and access costs illegally collected by power grid companies.

Data revealed that China witnessed 5.34 GW of wind power installations for the first four months of this year, increasing 931 MW compared to the same period of last year. The country recorded wind curtailment of 9.1 billion-kilowatt hours and a wind curtailment rate of 8.5 percent for the same period, with the latter number down 7.9 percentage points from a year earlier.